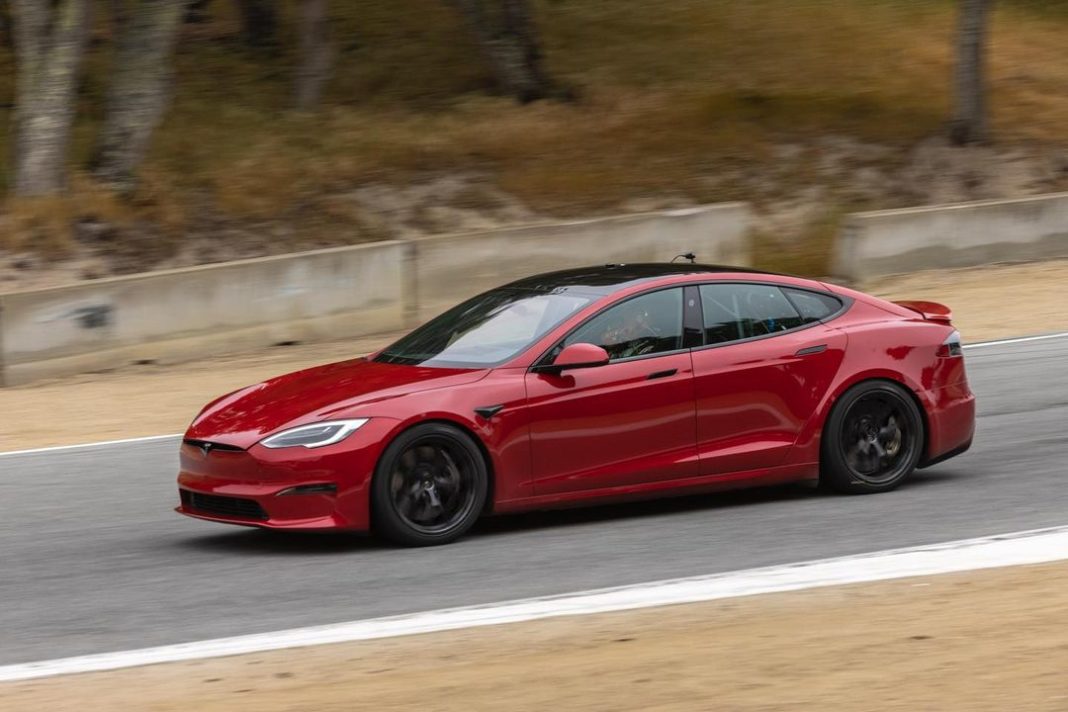 A Tesla Model S Plaid has just set a new world record at a drag strip after running a 8.7s time with a 162mph trap speed. The only modification made was weight reduction.

This new record makes the Model S Plaid only a few tenths of a second slower than the Rimac Nevera whose time stands at 8.58s, with a trap speed of 167.51 mph.

Tesla Plaid models have become popular contenders at drag strips around the US, ocassionally being pit against supercars and hypercars. Powered by 3 electric motors developing 1,020hp and 1,420nm the Plaid’s official 1/4 mile time is 9.34s at 152.2 mph. Pricing starts at $131,100.