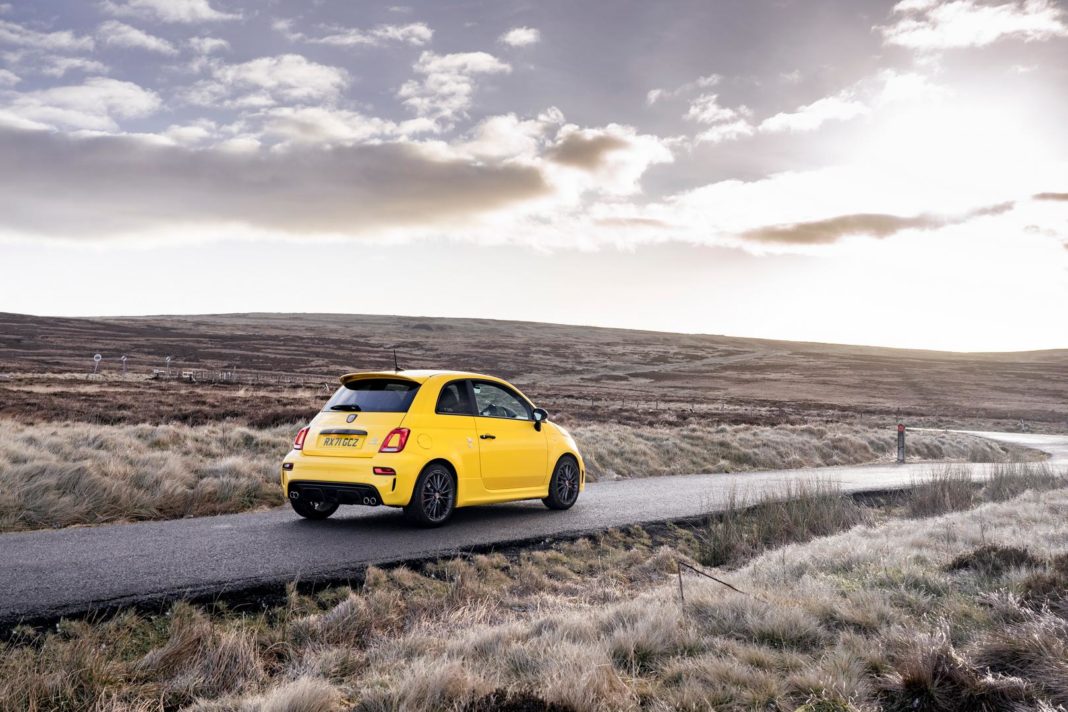 Abarth used its knowledge of great driving roads to compile the list based on their scenery and excitement factors then analyzed the number of images and routes using their hashtag popularity on Instagram.

These roads provide fantastic photo opportunities thanks to the nature of their beautiful backdrops and drivers can also fulfill the potential of their vehicle’s nimbleness and agility around the roads tight turns, bends and the long straights.

Horseshoe pass is a mountain pass in Denbighshire, it was the tenth in the list with 9,922 hashtags and is shaped like a horseshoe around the sides of the valley. The route is 4 miles long.

9. Pass of the Cattle

Bealach na Ba` ‘’Pass of the Cattle’’ is a historic mountain that was built in 1822, the route has the steepest ascent of any road climb in the UK and is the highest road in Scotland. The route has 10,499 hashtags and is 11.5 miles long.

Hardknott Pass is a route that has 10,699 hashtags, it is a single-track road, one of the steepest in the UK and is considered one of the most fun drives in the country with numerous hairpin bends. The route is only 1.4 miles long.

Cat and Fiddle is a route also named after a pub situated at its summit, the route is famous for its scenic views across the Peak District National Park and the Cheshire Plain and is only 7.5 miles long. This route had 11,597 hashtags.

Snake Pass is a route that goes through the pennines in England’s Peak District National Park, the route was named after a pub along the stretch and it is the shortest route between Manchester and Sheffield. Snake Pass has 17,752 hashtags and is 26 miles long.

Elan Valley is a circular route that has 53,204 hashtags. The route goes through woodland and open moorland, passes the reservoirs of Craig Goch and Pen-y-Garreg and runs along the watercourses that feed them. The route is 16 miles long.

Cheddar Gorge is located on the southern edge of the Mendip hills, the B3135 also known as ‘Cliff Road’’ is in the UK’s largest gorge. The route has 22 bends before the sweeping curves and long straights in Somerset and it was named the best driving road in the UK. This road had 84,162 hashtags on Instagram and is only 14 miles long.

North Coast 500 is a circular scenic drive around the north coast of Scotland. The route was the third in the list with 141,529 hashtags on Instagram and features incredible views of the Highland wilderness, beaches, mountainous regions and castle ruins. The route is 516 miles.

Ring of Kerry was the second one on the list with 222,293 hashtags, it is one of Ireland’s most popular drives with miles of green, rolling hills, colorful Irish towns and a stretch of Ireland’s rugged coastline. The route is 111 miles and can be explored in 7 to 10 hours.

The Wild Atlantic way was the most instagrammed route with 1,570,313 hashtags. This route is one of the longest most defined coastal routes in the world, it winds its way along the Irish West coast down to the town of Kinsale , County Cork in the south and it is 1,600 miles long.