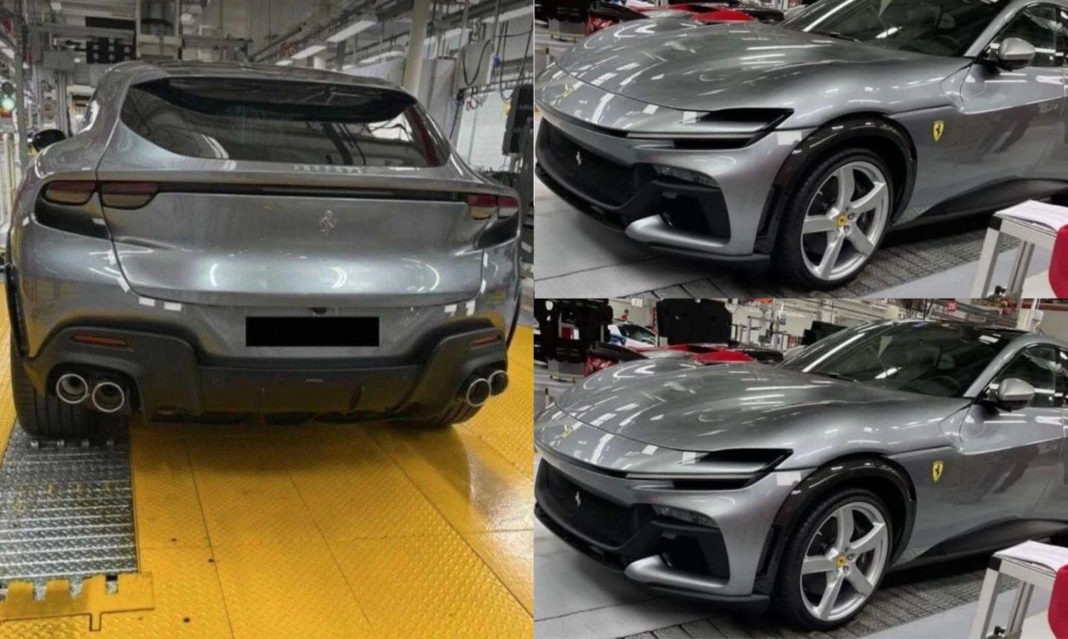 The Ferrari Purosangue is the first SUV from the Maranello supercar maker and will be launched as a replacement for the now discontinued GTC4Lusso. The styling is that of a fastback, Ferrari was quick to mention that it will not incorporate the same design as rival SUVs such as the Lamborghini Urus and Aston Martin DBX. The leaked image confirms that statement as the Purosangue appears to have a lower slanting roof which is popular with fastback styling.

Ferrari plans to use the Purosangue to launch its first full electric model, but before that they will offer a V8 hybrid and a V12 model. We are not too sure about the V12 model especially due to the tight emission rules, and more so, if they plan to pull the same sales numbers as the Lamborghini Urus. The Urus sells more units than any other Lamborghini model in history, most buyers have never owned nor considered owning a Lamborghini up until the Urus SUV.

Possible engine options include the 3.9L V8 twin-turbo with 650hp or the 4.0L V8 twin-turbo hybrid used in the SF90 Stradale, here it would get detuned to produce around 750-800hp.

The Ferrari Purosangue will enter the market in 2023.