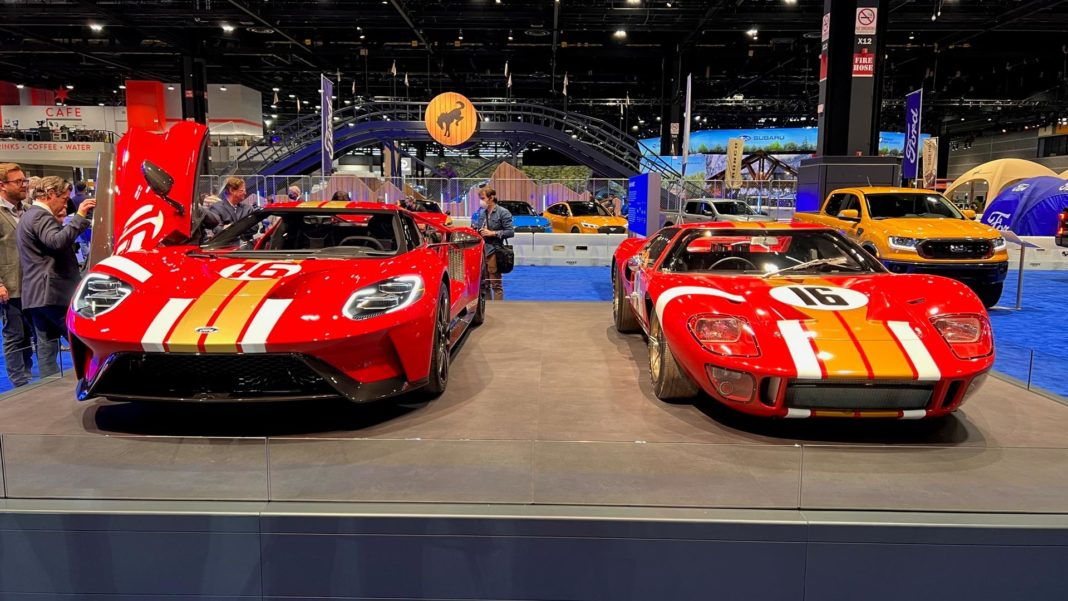 The new 2022 Ford GT supercar features a lightweight carbon fibre body as a GT Heritage Edition and it has been finished in red exterior paint with gold graphics and a dual over-the-roof racing stripes inspired by the AM GT-1.

The exterior of the vehicle also features frozen white signature accent stripes and roundels with No.16 on the doors, hood and on the underside of the rear wing. Exposed gloss carbon fibre components have been applied on the 20 inch wheels, front splitter, side sills, mirrors, engine louvers and on the rear diffuser.

The interior of the vehicle features carbon fibre components on the door sills, center console and registers. The seats feature Ebony Alcantara and carbon fibre with gold and red accent stitchings while the head rests and seating surfaces are adorned with the GT logo.

In addition, the instrument panel is also wrapped in Ebony leather and Alcantara, the steering wheel features Ebony Alcantara with black stitchings, the dual-clutch paddle shifters are finished in Alan Mann Red to match the exterior and gold appliques applied on the instrument panel, door register bezel and seat X-brace have been paired with the matte carbon fibre registers, door sills, lower-A pillars and console.

The 2022 Ford GT Alan Mann Heritage Edition is the seventh model in the ultra-limited-production series which includes;

The new model is available for approved Ford GT customers with deliveries scheduled to begin in the first quarter of 2022.