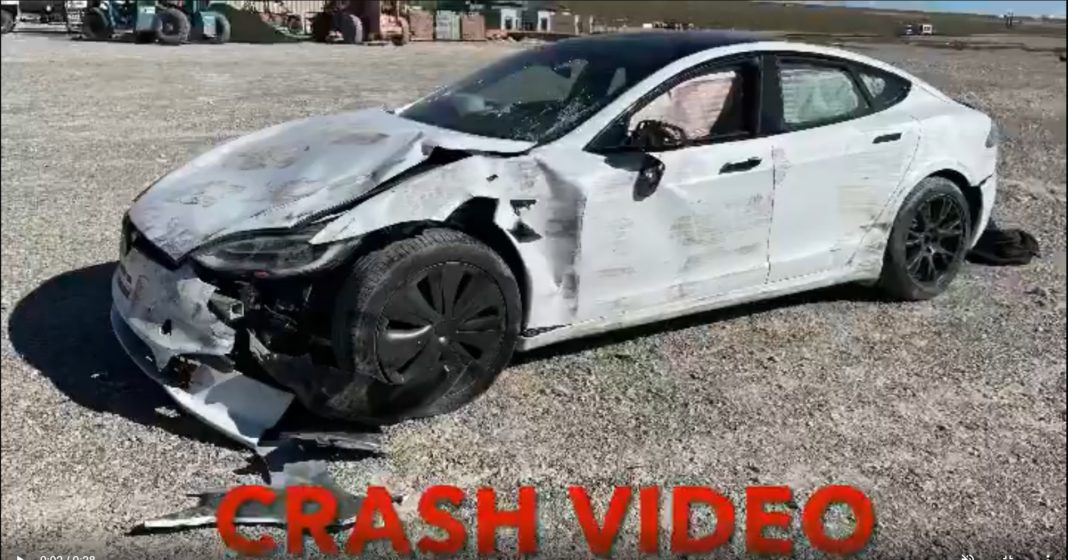 Deliveries of the 1000hp Tesla Model S Plaid are currently underway, and a number of owners have already taken the super sedan to the track to test its limits. Last week a lady driven Plaid set the fastest 1/4 time in the world for a Tesla vehicle after doing 8.9s @ 155 MPH – the first 8 second Tesla.

Supercar collector @speedy_jeff decided to take his newly acquired Model S Plaid to the track for some hot laps. According to Jeff, his brakes failed as he was lapping the track at high speed forcing him to slide across the gravel and into the tire walls. Luckily no one was hurt in the incident. There have been a few more reports of poor braking on the Model S Plaid, with most owners agreeing that the powerful sedan needs matching stopping power.

We understand that Tesla is already testing ventilated ceramic brakes which should be offered as an option in future. While the current factory brakes don’t seem to work on the track, they provide ample stopping power during normal street driving.