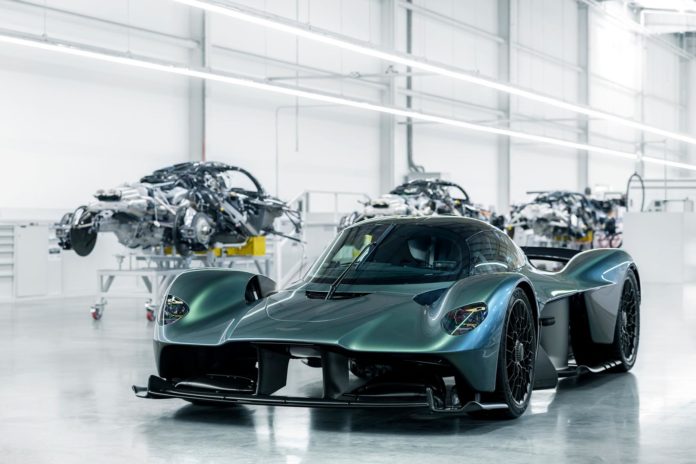 The first Aston Martin Valkyrie built for a customer has been completed. The Valkyrie hyper coupe is now in full production with deliveries planned in the coming weeks.

The Valkyrie is being manufactured at the marque’s UK headquarters in Gaydon, it is being hand-built by a group of highly skilled engineers and technicians with each Valkyrie taking over 2000 hours to create.

Each Valkyrie is thoroughly track-tested at Aston Martin high performance facility at the home of British Motor Racing before delivery to ensure everything works perfectly.

The vehicle is powered by a hybrid V12 powertrain delivering an output of 1155PS. The Valkyrie is referred to as an ‘F1 car for the road’ because it incorporates the concepts and technologies retrieved directly from Formula One models with the help of Red Bull Racing.