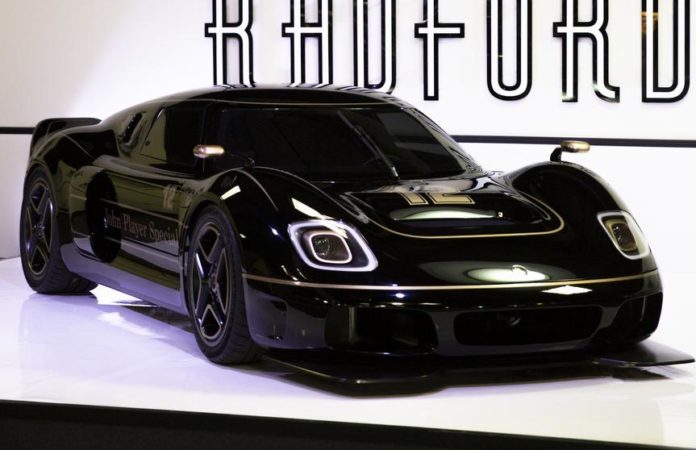 The new Lotus Type 62-2 made its global public debut at the Goodwood Revival 2021 event, the vehicle was launched and coachbuilt by Radford.

The Lotus Type 62-2 is limited to 62 units worldwide, only 12 units will be JPS liveried cars as it is synonymous with the race driver Ayrton Senna whose liveried car wore number 12. The first delivery to an owner is set for 2022.

The JPS is currently the most extreme version of the world’s first modern Radford as well as the third and last version of the car to be announced. The model is placed alongside the `Classic’ version providing subtle design cues to the original Type 62 Lotus car without rear ducktails and ‘Gold Leaf’ version which pays homage to the Gold Leaf livery.

The JPS Type 62-2 was displayed on the stage alongside three other special Radford coachbuilt cars; a 1965 Mini de Ville ‘S’, a 1966 Mini Cooper ‘S’ and a 1966 Aston Martin DB5 Vantage Shooting Brake.

The JPS Type 62-2 is powered by a 3.5 L supercharged V6 engine delivering an output of 600bhp. The vehicle features upgraded pistons, con-rod, camshafts, calibration and a large supercharger. Other features include large air intakes, splitter and an aggressive front and rear diffuser.