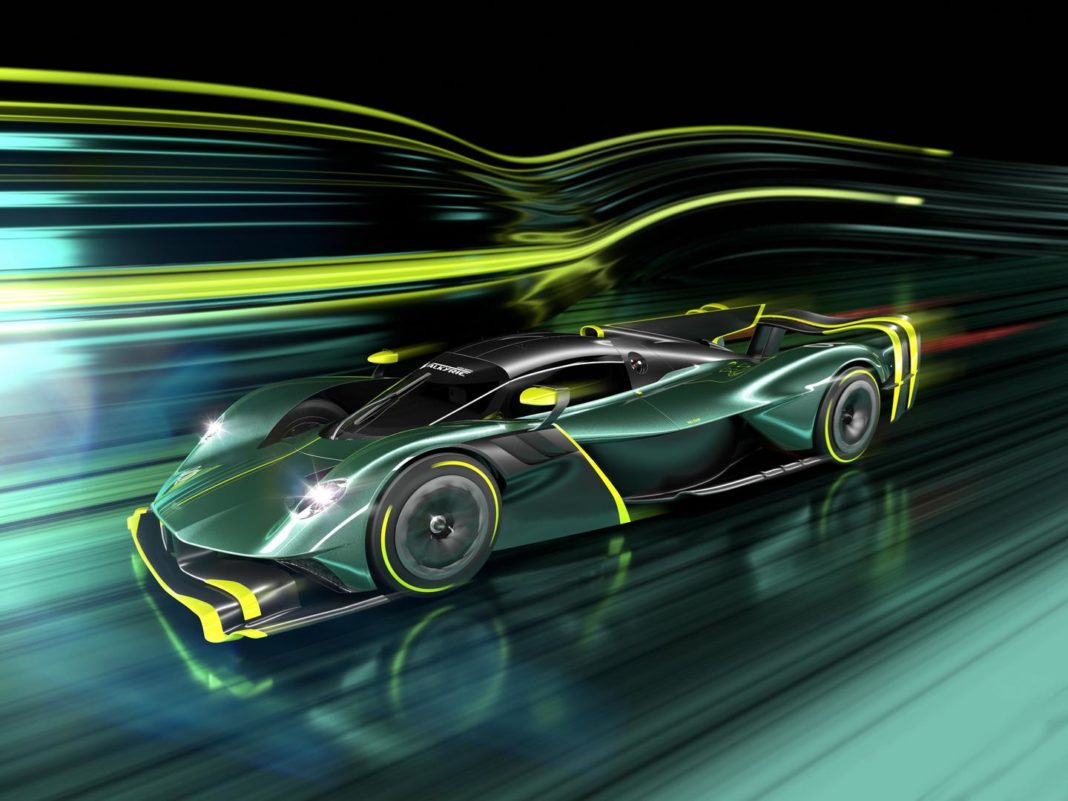 Meet the new Aston Martin Valkyrie AMR Pro, a track only model that takes the ultimate hypercar genre to new extremes with its radical design and power.

Since the origins of the project, the new Valkyrie AMR Pro has been built with the aim of winning the 24H of Le Mans. The new model benefits from a Le Mans race optimised chassis, powertrain as well as aerodynamic developments.

The Valkyrie AMR Pro uses a unique Valkyrie chassis which is 380mm longer in wheelbase, 96mm wider at the front and 115mm at the rear. An additional 266mm in length is available in an aggressive aerodynamic package, the package also features underbody and overwing airflow which delivers twice the amount of downforce compared to the Valkyrie road car and more than 3G lateral acceleration.

The new model is powered by a 6.5L naturally aspirated V12 engine revving up to 11,000 rpm and targets a high internal combustion to develop 1000bhp. Weight saving will come from the deletion of the battery-electric hybrid system, lightweight carbon fibre bodywork, carbon suspension wishbones as well as persplex windscreen and side windows.

In addition, the Valkyrie AMR Pro has a target lap time of 3 minutes and 20 seconds around the 8.5 mile of the 24H Le Mans Circuit.

The track-only Valkyrie AMR Pro will offer opportunities to customers to attend a bespoke track day experience which will be hosted by Aston Martin at select International FIA Circuit around the world. The experience will include a track and pit lane access, support from Aston Martin Valkyrie instructor team, FIA exclusive racewear as well as a VIP hosted dinner.

Furthermore, the track days will be opened to all the Aston Martin Valkyrie customers along with a selection of Art of Living experiences, driving on challenging and dynamic roads across UK, Europe and beyond. Detailed information about the experience will be released later this year.

The Valkyrie will be limited to 40 units plus two prototypes, all the cars will be left-hand drive and the first deliveries are scheduled to commence in Q4 2021.