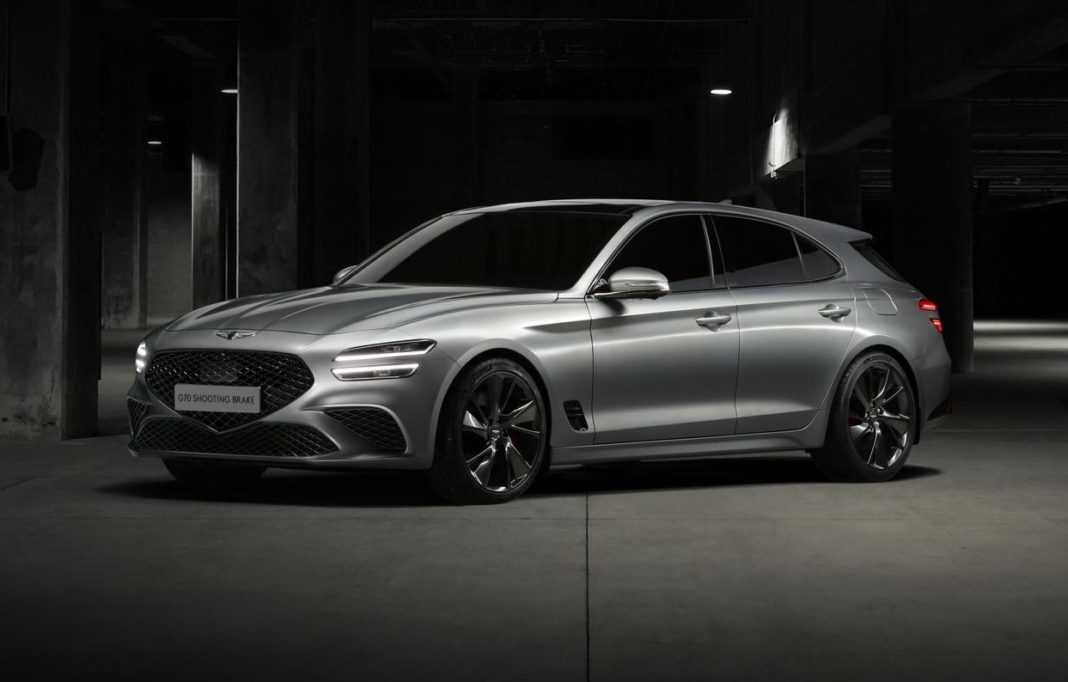 Meet the new 2022 Genesis G70 Shooting Brake designed for the European market. It comes with a unique design to rival both wagons and shooting brakes including the Porsche Panamera, Audi A6 Avant, Mercedes E-Class T model and more. Pricing has not been revealed but the sedan version in the US starts at $38,570.

The Genesis G70 Shooting Brake is based on the G70 sedan that was released in 2020, the name ‘Shooting Brake’ refers to a body style rooted in the European automotive history and its recurring theme in the premium luxury sector.

The exterior of the Shooting Brake features a signature Crest Grille fitted lower than the Quad Lamps to highlight the aesthetic design, a combination of glass hatch extending to the rear and an integral spoiler and a tailgate that hinges forward to maximize space in the trunk.

The interior of the G70 Shooting Brake is inherited from the G70 sedan and together with the exterior design, there are many cues akeen to those on European luxury cars.

The G70 Shooting Brake is the fifth Genesis model to arrive in Europe, other models are expected to be launched soon in order to strengthen its position. The sales of the Genesis models will begin later this year starting from the UK, Germany and Switzerland.

Pricing details for the European market will be revealed in coming days. Rival prices