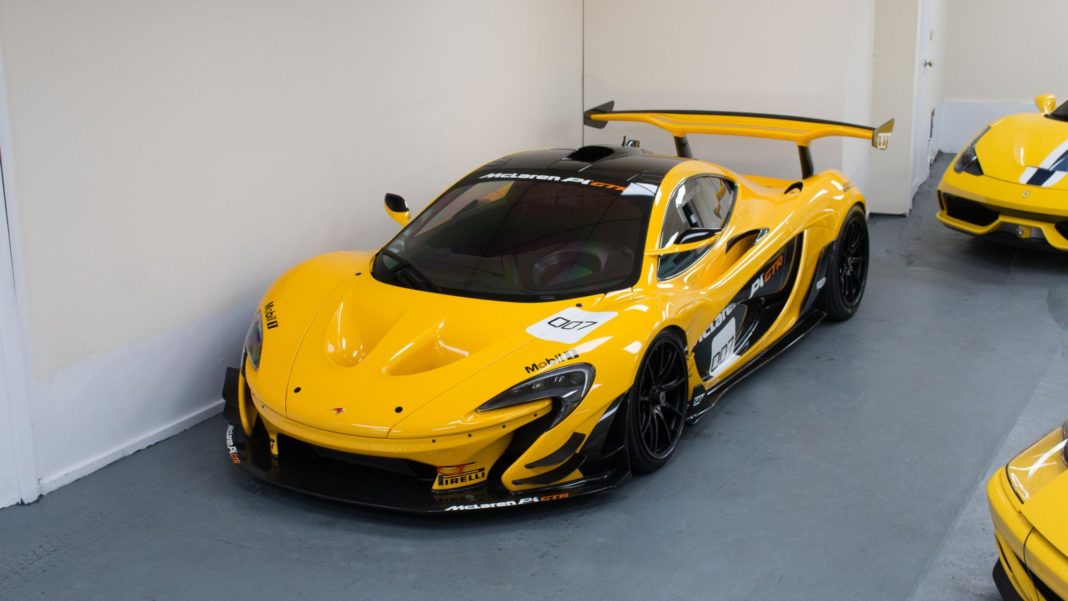 A rare McLaren P1 GTR for sale with only 230km. This is one of only 58 P1 GTRs that were made. Upon request, it is possible to do a road conversion and registration.

The P1 GTR for sale here is finished in Volcano Yellow, located in the UK and is VAT qualifying. It’s being sold by Supervettura and James Huntley

Developed as a track version of the road going P1, the GTR was launched as a tribute to the Le Mans winning F1 GTR model. It was built after the production run of the standard P1, the power output was increased to 1000PS. The weight was reduced by 50kg while the downforce increased by 10%, this is due to the fact that the P1 GTR has a fixed rear wing.

Immediately after the delivery of the first batch of P1 GTRs, owners began commissioning road legal conversions. Depending on the country of delivery, these conversions are able to meet specific country regulations.