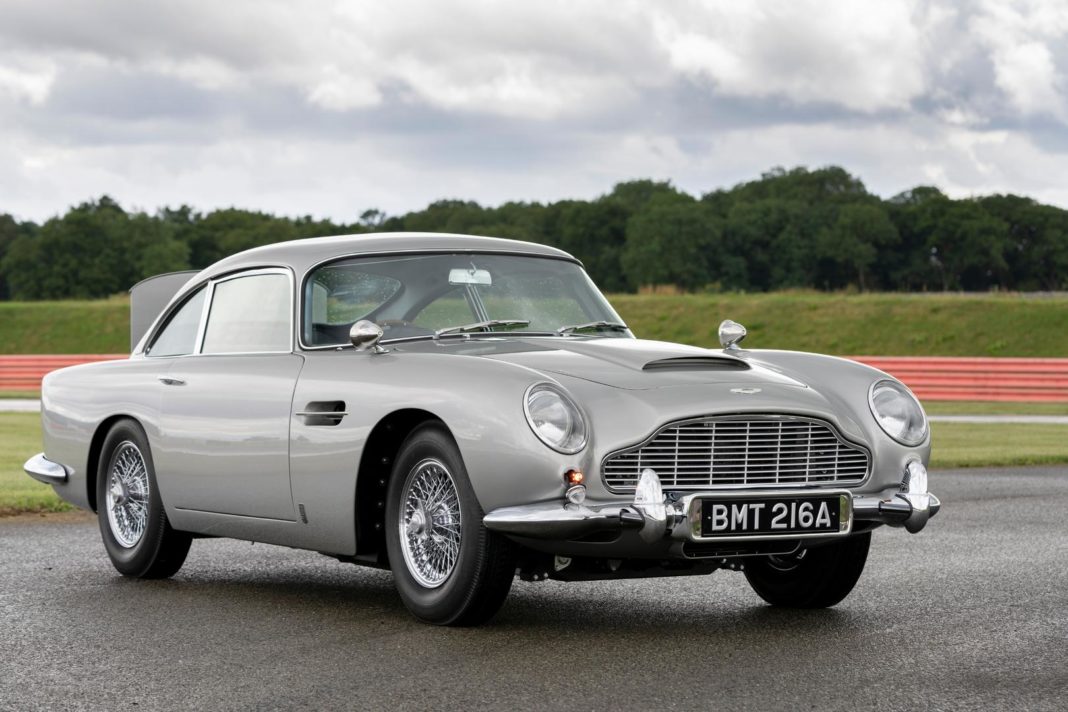 Aston Martin has announced that the first of 25 Aston Martin DB5 continuation models is complete. The British firm plans to make 25 classic DB5’s with working gadgets inspired by the James Bond film, Goldfinger.

Construction of the new Aston Martin DB5 continuation model is handled by Aston Martin Works. Each example requires 4,500 hours of work. Each gets Silver Birch paint like the original and a range of gadgets.

Power is delivered through a five-speed ZF manual transmission with a mechanical limited slip differential. Braking is through a servo-assisted hydraulic Girling-type steel disc brakes with rack and pinion steering.

24 more examples will leave Aston Martin’s factory with the price set at a staggering £2.75 million.