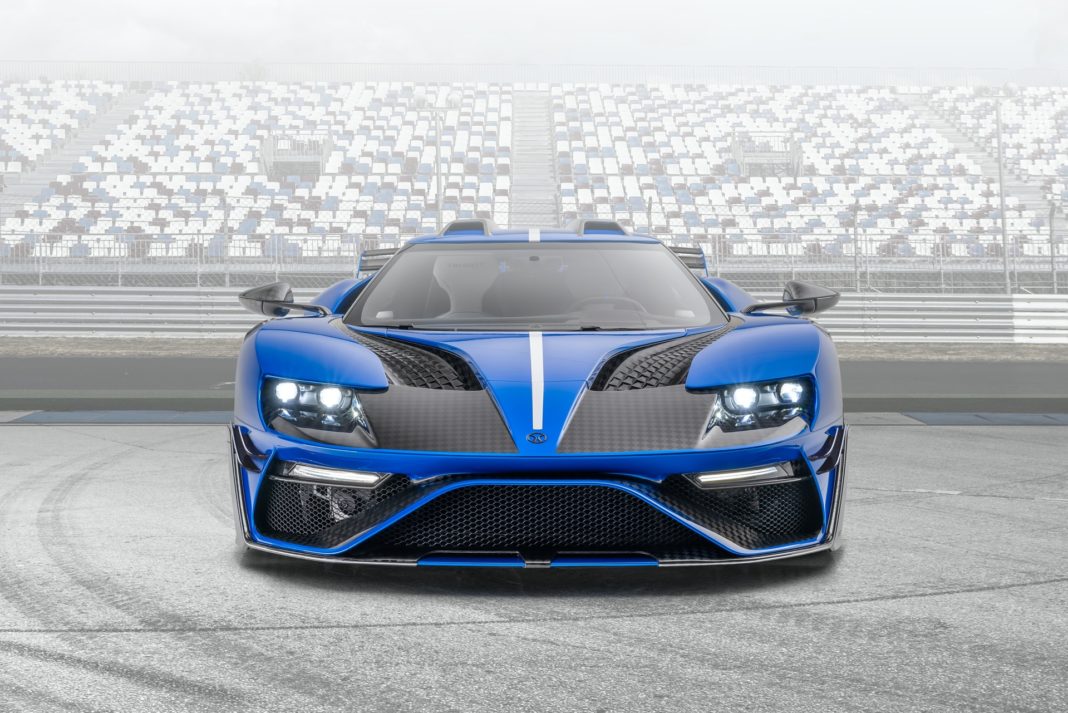 Customers battled hard to get their hands on an example of the Ford GT. Ford limited supply to the extent that even die-hard collectors found it difficult to get onto the waiting list. It’s surprising that legendary tuning firm, Mansory, managed to get its hands on a copy!

Mansory has named its creation Le Mansory. The Ford GT has been built to commemorate the company’s 30th anniversary which takes place this year. It is another full conversion with Mansory providing a comprehenive kit for the American supercar.

The name is intended, not to poke fun at the LaFerrari, but instead to pay homage to the Ford GT’s history at Le Mans. Of course, the Ford GT, and it’s predecessor, the Ford GT40, were both superlative performers in the great race.

The Le Mansory was actually intended for release at the Geneva Motor Show 2020. However, once the show was aborted, Mansory sat on the release for a little longer. The Le Mansory is part of a 3-car limited edition run and gets a full complement of body and performance enhancements.

The bodywork adds an additional 5 cm of width to the GT. Highlights include an exo-skeleton look for the front bonnet and a new set of headlights. The roof gets two giant roof scoots and the rear spoiler is also entirely new.

Ford’s V6 engine has a slight increase in power, up from 656 hp to 710 hp due to modifications made to the engine management system. The top speed increases to 354 km/h in spite of the obvious aerodynamic inefficiency of adding a larger rear wing.

Inside, Mansory has fully kitted out the supercar with a custom white-blue Alcantara and unique carbon fibre applications. As ever, price is a closely guarded secret, however, given the level of craftmanship that’s clearly gone into the project, expect a tall asking price.