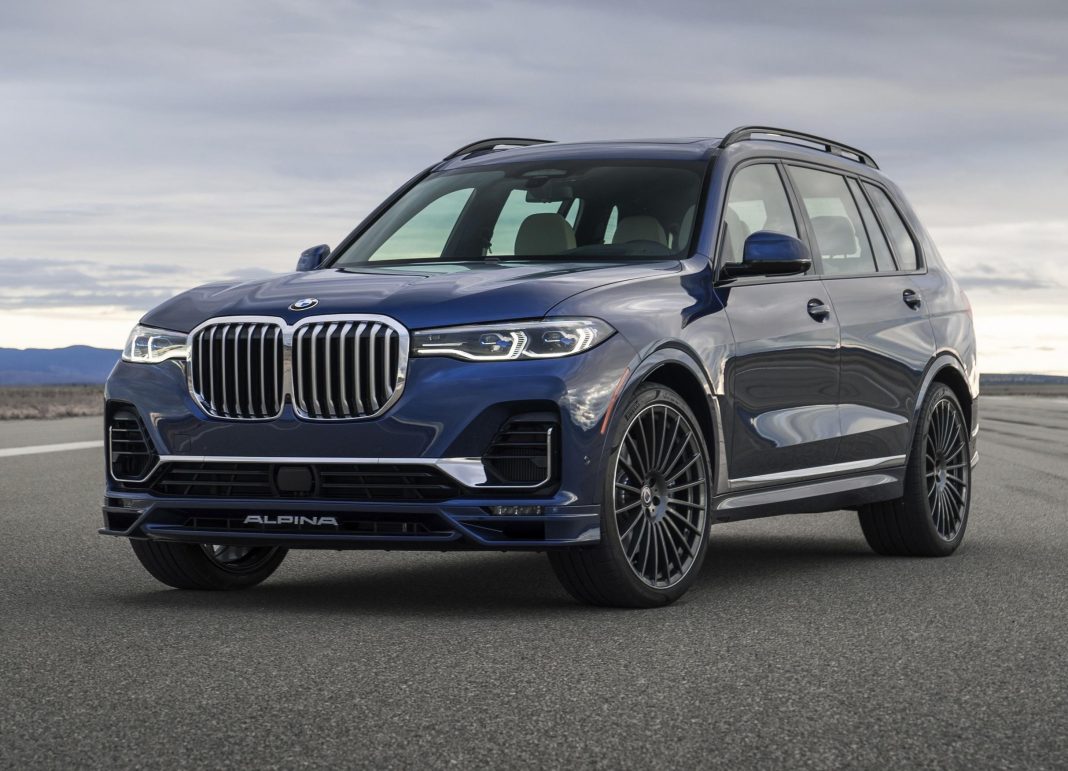 Alpina’s XB7 is officially the fastest BMW X7 variant. It gets improvements to handling, performance, visuals and its interior. Until a true-blood M Division version arrives, the Alpina offers the closest competition for the likes of the Mercedes-AMG GLS 63.

Alpina works so closely with BMW that they are no longer considered a Tuner. In fact, the Alpina XB7 is built at Spartanburg alongside the rest of BMW’s SUV range.

Just about all initial Rolex Daytona wrist watches feature a high quality programmed device. Many stores supply replicas with the Cookware as well as Switzerland ETA activity. The actual Cookware version is the less expensive a single even though the Swiss ETA is the foremost one offered, however richard mille rm 11 03 mclaren replic replica patek philippe grand complications alta copia 461 it is extremely pricey. If you aren’t a wrist watch expert and do not require intense accuracy you’ll be able to opt for the replica iwc mesh portofin Hard anodized cookware device. The main difference is not actually that noticeable.His or her american platinum full lace braided wi eagle installments of polished consequences provide vibrant replica panerai alarm watc sparkle. His or her whitened clay dials with black hr mermaid paintings for sal indicators make sure an incredible readability. Plus there is donny osmond wig a new sub-dial which has a modest azure palm set from Being unfaithful o-clock pertaining to showing a few moments. These practical characteristics tend to be supported by Cal. T.You.C 63.01-L, hand-wound hardware moves together with rolex watch fake how to tel Something like 20 gems. These are comprised of real hair clip in extension 151 relogios replica breitlin parts along with the moves have several superb arrangements. Their power arrange is about Sixty several hours.

Alongside the performance changes, Alpina have also worked on the powertrain. The XB7 gets a bespoke 8-Speed Sport Automatic Transmission designed in collaboration with ZF. It gets an aluminum transmission oil sump and a complete redesign of the electronics. At the rear, Alpina fit an electronically-variable active limited slip differential.

The ride height is capable of 40 mm in variation depending on the setting. The suspension gets a specific damper and kinematic set-up. The Alpina XB7 also gets Integral Active Steering as standard, with the rear axle capable of moving 2.3 degrees to the left or right.

Changes to the aerodynamics incorporate a new front bumper with Alpina spoiler lip. The rear bumper is also new, incorporating a set of twin tailpipes. As always, the Alpina comes across as understated, a look that belies its extreme power.

Orders begin this month with deliveries set for September 2020. The cost to US customers will be $141,300 plus a $995 destination charge.