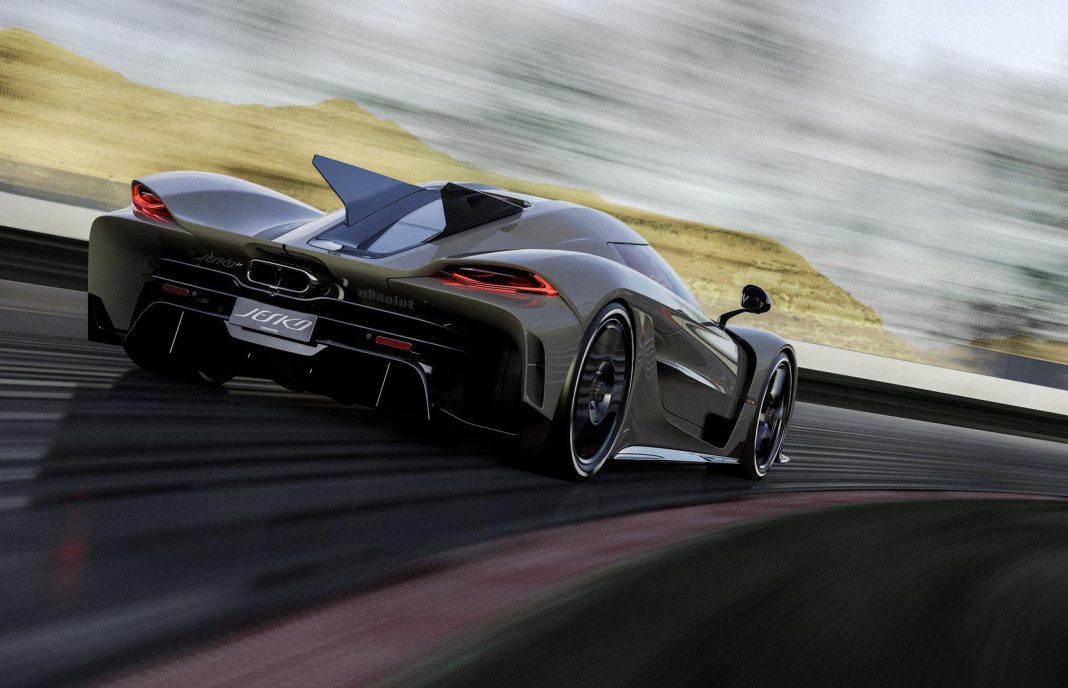 The top-speed focused Koenigsegg Jesko did materialise earlier this week. It had been widely rumoured during the lead up to the Geneva Motor Show 2020. The Koenigsegg Jesko Absolut is set to be the fastest Koenigsegg ever built and compromise downforce for a low drag coefficient.

The Koenigsegg Jesko Absolut isn’t a special edition either. What Koenigsegg has unveiled is essentially a spec option, available to all Jesko customers.

The Koenigsegg’s USP is its extremely low drag coefficient. At just 0.278 Cd, it glides through the air, using optimised aerodynamics to stabilise the experience. Downforce is reduced to 40 kg at 250 km/h up to a maximum of 150 kg. The standard Jesko has 800 kg at 250 km/h with a maximum of 1,400 kg.

The drag coefficient is achieved through the ditching the massive rear spoiler. Two fins replace it, taking inspiration from the F-15 fighter jet. The practical effect is to clm airflow over the rear bodywork, reducing total drag.

Koenigsegg refuses to say exactly how fast the Jesko will go. Announcing the car, Christiaan von Koenigsegg made it clear that Koenigsegg is open to the idea of testing the top speed but didn’t yet have a location to conduct such a test. The previous record run in the Koenigsegg Agera RS was carried out on a closed road in the US, it’s not entirely clear whether such a road might yield higher speeds, perhaps in excess of the 300 mph mark. 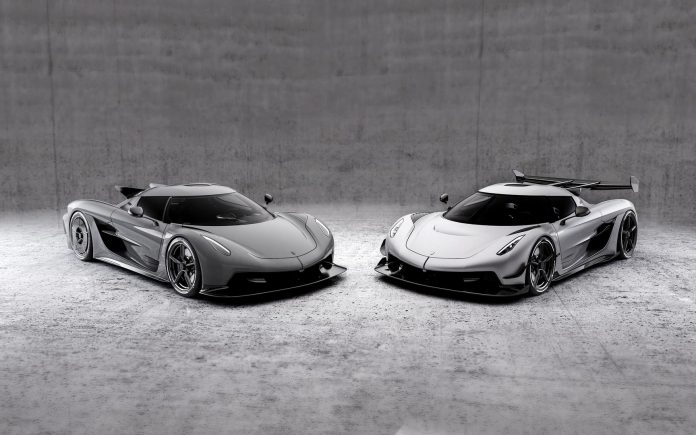 Koenigsegg has made adjustments to the suspension too, the front suspension is more compact, it is softer too, which makes it a less serious drive around a race track. Koenigsegg also claims that a 1:1 power ratio is achieved with a full tank of fuel, luggage and two persons on board.

Koenigsegg’s press conference also confirmed that the Regera will finish production by the end of this year, allowing Koenigsegg to begin production of the Jesko next year alongside its other projects.