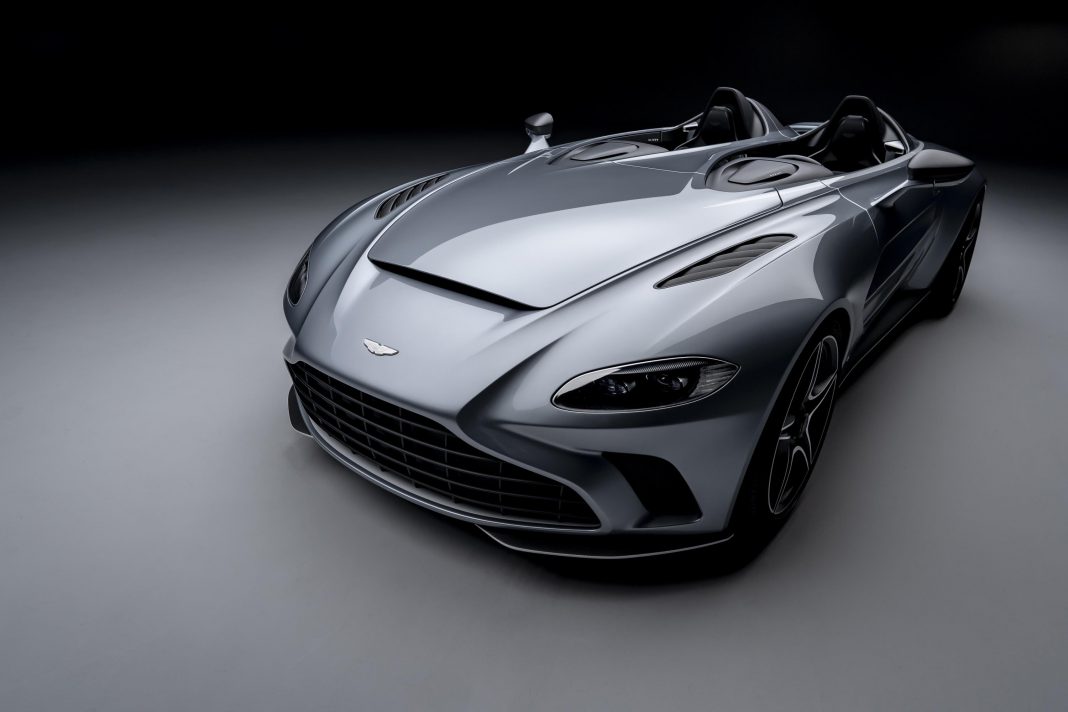 Aston Martin’s Speedster has been officially revealed. The British brand’s marketing department have clearly been sipping the creative juices once again. They took the ‘name it as you see it approach’, arriving at the name Aston Martin V12 Speedster.

The V12 Speedster competes with the Ferrari Monza SP2 and the McLaren Elva, two brand new Speedster models to be launched at a similar price range. It has taken 12 months to build and arrives through the ‘Q by Aston Martin’ team.

As you would expect, the V12 Speedster uses Aston Matin’s 5.2-litre, Twin-Turbo V12 engine, with peak outputs of 700 hp and 753Nm of torque. The engine is front-mounted and sends the power it generates through a ZF 8-Speed automatic transmission with a limited-slip differential driving the rear wheels.

Aston Martin quotes a 100 km/h sprint time of 3.5 seconds on the way to a limited top speed of 300 km/h. To create a unique experience, Aston Martin offers a bespoke stainless-steel exhaust system.

The chassis is a mix of bonded aluminium parts lifted from the Vantage and DBS Superleggera models. It gets independent double-wishbone front, and multi-link rear suspension, with coil springs and adaptive damping. The latter offers Sport, Sport+ and Track modes. 21-inch centre locking wheels and carbon-ceramic discs are also. The discs measure 410 mm at the front axle and 360 mm at the rear.

The majority of the bodywork is carbon fibre. The design is similar to the one-off CC100 Speedster Concept of 2013 and takes inspiration from the 1959 Le Mans-winning DBR1.

Just 88 will be made available starting at £765,000 including VAT. Deliveries are expected to take place this time next year.