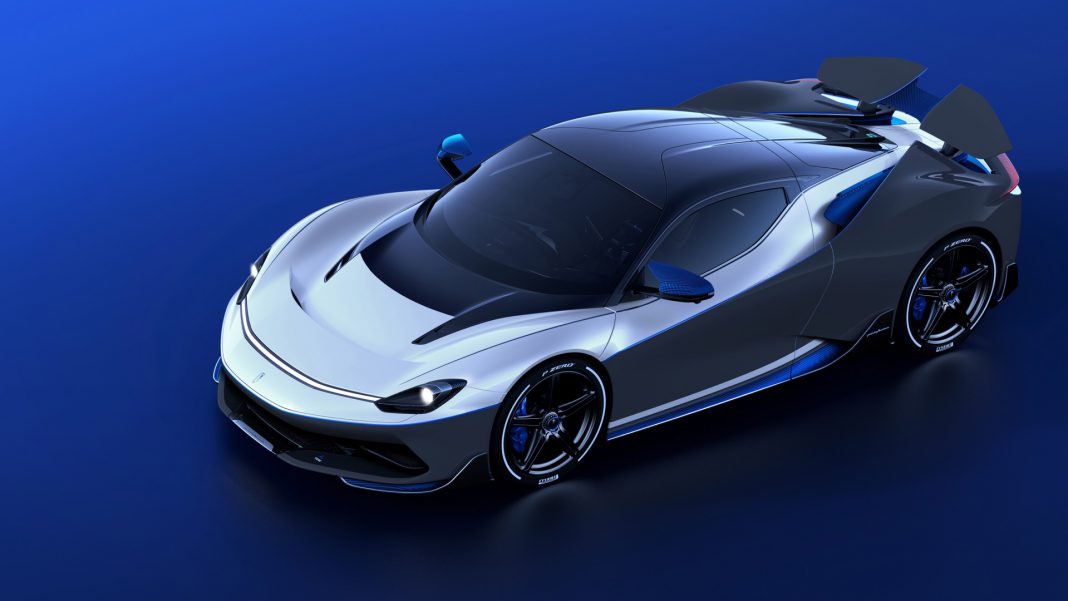 Only 5 copies will be made available within the Battista’s previously announced 150 car limited edition run. The Anniversario celebrates 90 years since Battista ‘Pinin’ Farina opened the legendary Pininfarina coachbuilder and design house.

Each of the five Anniversario cars will be finished in a combination of three signature colours: Bianco Sestriere, Grigio Antonelliano, and Automobili Pininfarina’s signature Iconica Blu. The paint takes 2 weeks to put together with hand-painted pinstripes.

The Pininfarina Battista Anniversario gets the ‘Furiosa’ package, something which is also available on standard models. The Furiosa package adds a revised carbon fibre front splitter, side blades and rear diffuser.

As well as the Furiosa package, the Anniversario gets a bespoke rear wing, rear aero fins and other bespoke details, specific to these five cars.

Thanks to new 21-inch centre-locking wheel designs, the Anniversario is lighter by 10 kg. The Anniversario gets unique seats with black leather and Alcantara. 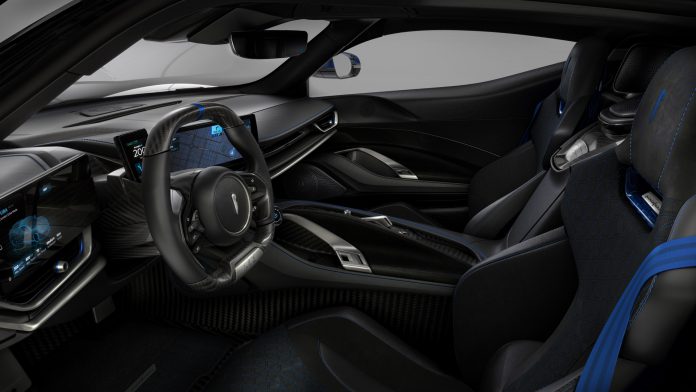 Otherwise, the Anniversario gets the same underpinnings as the standard model. Four electric motors produce 1,900 hp and 2,300 Nm of torque. Performance is expected to break the sub-2 second mark for the 100 km/h sprint. Thanks to a 120 kWh battery pack, the range is over 500 km.

Customer will get to experience the Pininfarina Battista during the summer of 2020. The first will get their cars by the end of 2020.