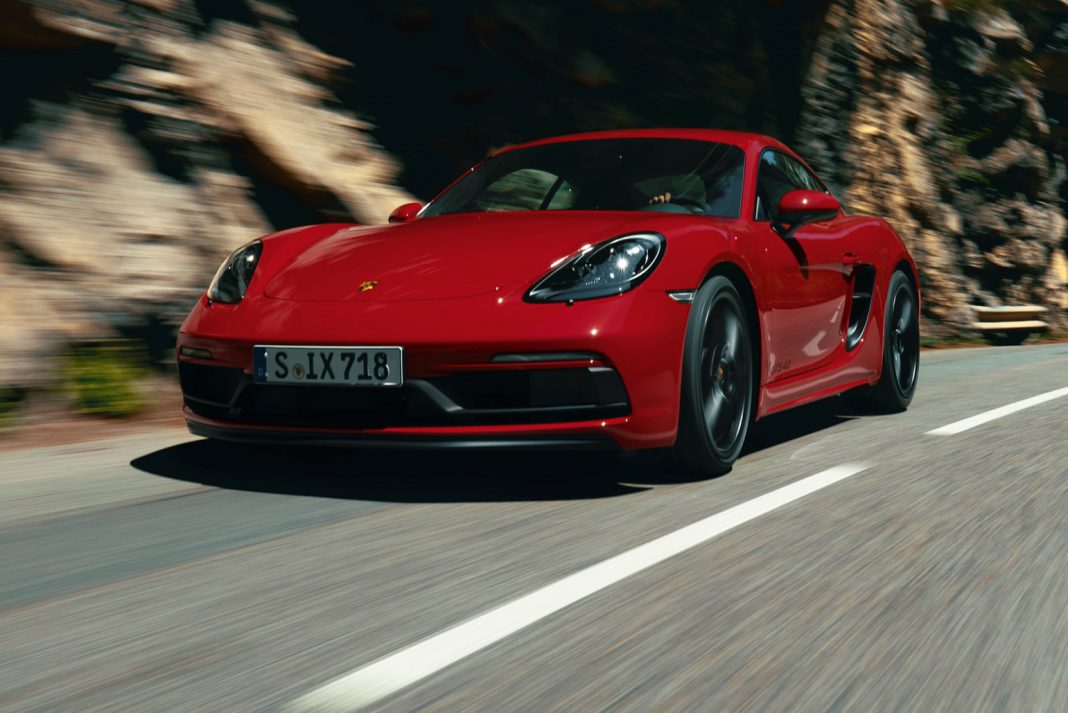 Porsche took the covers off of the 718 Boxster and Cayman GTS this morning. The release had been expected, the inclusion of the 4.0 litre inline six, less so.

The GTS ditches the 2.5-litre flat four engine from its previous generation in favour of the six cylinder unit found in the GT4. It is detuned compared to the GT4, making do with just 400 hp. The six cylinder model is available with a manual six-speed transmission and sports exhaust system for full driver engagement. It manages 100 km/h in 4.5 seconds on its way to a top speed of 293 km/h.

It’s also quite efficient. Porsche offer adaptive cylinder control as standard which switches off one of the two cylinder banks at low loads, direct fuel injection with piezo injectors and a variable intake system.

The GTS is intended to bridge the gap between the hardcore GT4 and the road-focused S models. As a result, it gets Porsche Active Suspension Management (PASM) sports suspension, a 20 millimetre lower ride height and Porsche Torque Vectoring (PTV) as standard. Sport Chrono is also standard.

Inside, black contrasting design elements and a dark Alcantara interior have become typical of Porsche’s GTS models. Porsche fit Sport Seats Plus and the optional GTS interior package adds another contrasting colour: either Carmine Red or Chalk. The new models should be available in Germany from March 2020. Pricing details are yet to be announced.