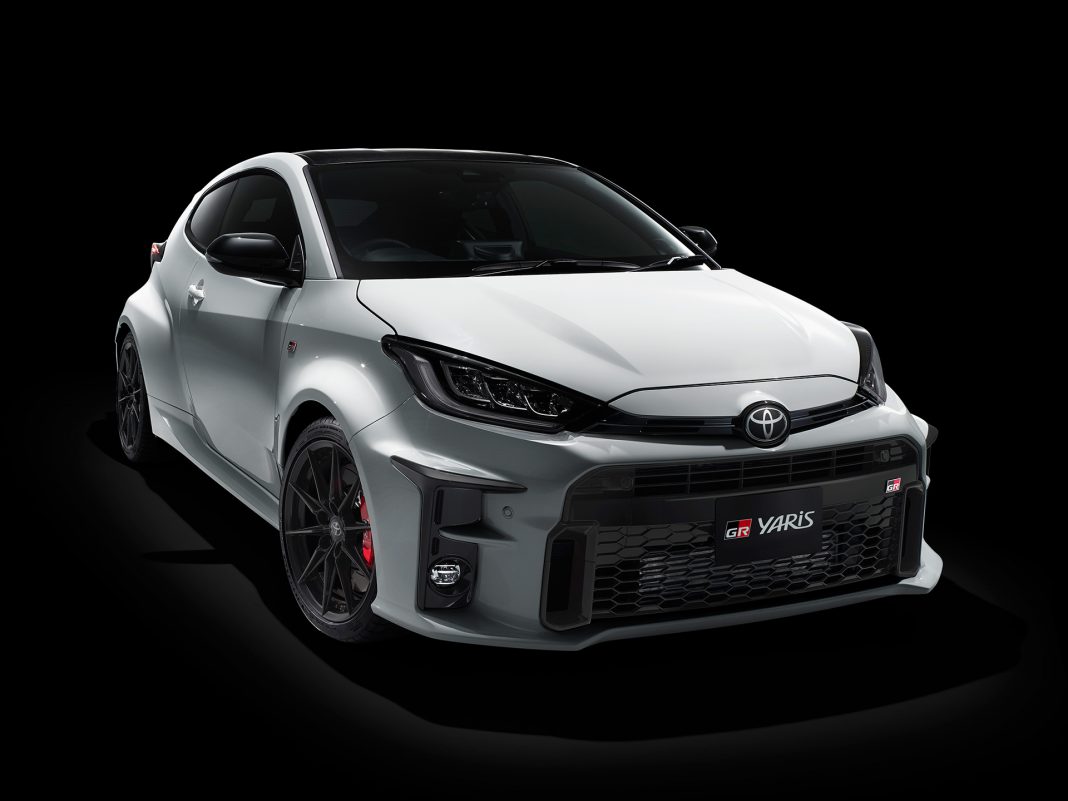 Are we seeing the return of hot hatch homologation specials? Last week, at the Tokyo Auto Salon 2020, Toyota released a special version of its Yaris supermini. The Toyota GR Yaris takes inspiration from Toyota’s WRC winning race car, with a powerful Gazoo Racing engine and a four wheel drive system. It will be available for 6 months as a limited edition model.

Over the years, WRC and its predecessors have inspired a number of highly collectible hot hatchbacks. While the GR Yaris is not a homologation model, WRC has different rules these days, it is sure to be as collectible in years to come.

It get a potent 1.6 litre Gazoo Racing in-line 3 cylinder engine. Combined with a single turbocharger, it produces a production record 272 hp alongside 370 Nm of torque. For the ultimate driving experience, Toyota link this to an iMT 6-speed manual transmission.

The power is routed to a “GR-FOUR” sports 4WD system. The GR Yaris uses a multi-plate clutch to transfer the power alongside 2 Torsen limited slip differentials. Three settings are available to the driver ranging through Normal, Sport and Track.

There is plenty of modification to the three door bodywork too. Front and rear bumpers are entirely new. Body panels are machines from aluminum for the hood, trunk lid, and door panels. A carbon fiber-reinforced plastic roof panel formed using the sheet molding compound method saves weight.

The Toyota GR Yaris weighs in at 1,280 kg which should ensure that it hits 100 km/h in good time. Toyota are yet to release performance details. The special-edition RZ “High-performance First Edition” is planned to cost 4.56 million yen (including consumption tax) which translates to a staggering 37,252 euros in European money.