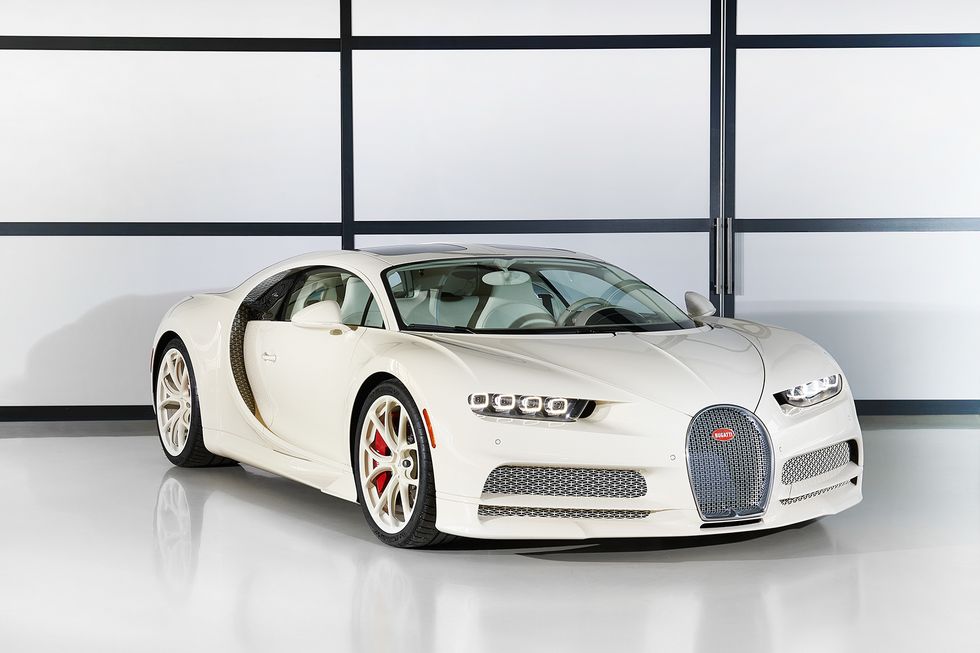 Photos have been circulating the internet in recent weeks. They show a one-off Hermès Edition Bugatti Chiron, produced for US collector, Manny Khoshbin. The design has apparently taken 3 years to finalise and was delivered to the owner days before Christmas.

For those that aren’t up to date on their French high fashion luxury goods manufacturers, Hermès is one of the very best. Founded more than 182 years ago in the French capital, it specialises in leather and lifestyle accessories. It is one of the biggest names in luxury fashion. The third biggest, to be precise!

Bugatti and Hermès have a history together. Back in 2008, a limited edition run of Veyron’s was released. The Bugatti Veyron 16.4 Fbg par Hermes was limited to 5 examples, 4 coupes and 1 Grand Sport. These vehicles featured much the same setup as the Chiron we see here. Hermes’ stamp is clear in the mesh grilles, the bespoke leather and the custom touches.

For the Bugatti Chiron Hermès Edition, Bugatti has applied a Hermès Craie paint job. The paint is applied across the entire car, including the wheels. Subtle exterior finishes include the stereotypical ‘H’ grille and the painted Hermès Courbettes horse pattern on the underside of the rear spoiler.

The Hermès Courbettes horse pattern continues inside with the cashmere fabric trim panels. The seat upholstery is also unique to the Hermès Edition. It dispenses with the quilted patterning in favour of a smooth leather finish.

The bespoke Bugatti Chiron is the latest edition to Khoshbin’s Hermes collection. He is also known to have commissioned Pagani to build a custom Pagani Huayra with Hermes modifications. Details on that car can be read in our earlier article!