The Grand Tour Season 1 Episode 12 will be available tomorrow after midnight and can be streamed live on Amazon Prime. The tent stays in Scotland on the on the shores of Loch Ness, same place as the previous episode.

The main course will revolve around three SUVs namely the Bentley Bentayga, Range Rover Autobiography and its younger sibling the Jaguar F-Pace. For this episode, the three hosts will travel to central Europe, passing through some iconic venues while testing and reviewing the three cars in their best way possible.

Jeremy Clarkson meanwhile will be taking on the Lexus GS at the Eboladrome and last but not least will be a small film on launch control as seen on modern performance cars. The film will bring to light the pros and cons of this feature and whether or not it’s really necessary. You can view a few photos from The Grand Tour Season 1 Episode 12 this below.

The studio parts of every episode were filmed in different places around the world. The first episode was filmed in the Californian desert, the second one in Johannesburg, the third and fourth one in Withby, United Kingdom. Followed by Rotterdam, Lapland, Stuttgart, Scotland and Nashville. The season finale was filmed at the foot of the world’s tallest skyscraper the Burj Khalifa in Dubai on Saturday 10th of December, 2016.

The first season of The Grand Tour includes 12 episodes airing once a week on Friday from 18th of November 2016 until Friday 3rd of February 2017. Stream The Grand Tour Season 1 Episode 12 on Amazon Prime now. 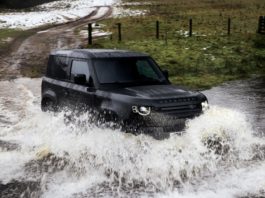 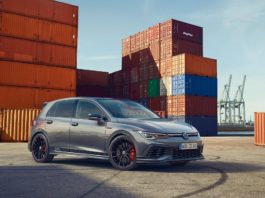