The facelifted 2016 Porsche 911 range is set to debut at September’s IAA Frankfurt Motor Show 2015. Not long after prototypes were spied completely undisguised, shots have surfaced showing the new 911 completely uncovered yet again. These pictures however, are particularly interesting.

The images come from Porsche’s German headquarters and the towering sculpture currently being installed there. Affixed at the top of the sculpture are three Porsche 911 models with one of them being the facelifted 911.When being installed however, strong winds made it difficult for covers to be fitted providing us with an unimpeded view at the tweaked design. 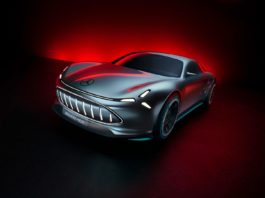