While it may have been released a couple of months ago, the Mercedes-Benz S-Class Coupe Concept has made an appearance at the Tokyo Motor Show 2013 and is looking just as good as ever.

Most importantly, the Mercedes-Benz S-Class Coupe Concept is powered by a V8 Bi-Turbo engine delivering a total of 455hp from its 4.7-liter displacement. Peak output is then rated at 700Nm. While this new powerplant certainly is impressive, it’s arguably overshone by the numerous other technical components of the car like ‘Intelligent Drive’. 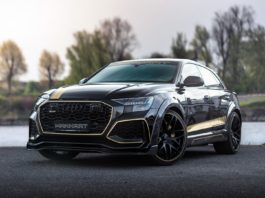