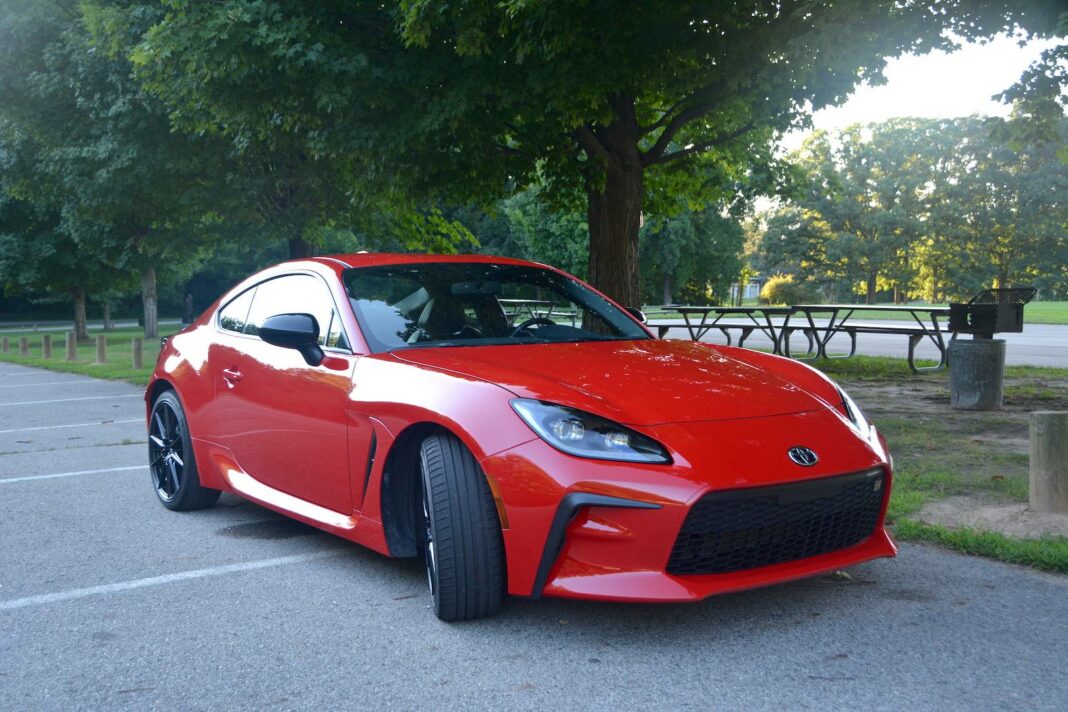 We’’ve driven a few Toyota GT 86’s in our day. Over the years they seem to have improved and we really enjoyed driving them. This year, Toyota introduced the GR 86 in it’s place. Why GR instead of GT? Probably because it’s improved in just about every way and it warranted some differentiation.

While it’s obviously the same car, the exterior design has clearly been updated. These updates include a much more aggressive looking front fascia, swoopier rockers, and an aggressive ducktail spoiler improve the looks, as do new wheels shod with sticky Michelin Pilot Sport 4’s that hold the road beautifully and break progressively.

The inside still has the cheap plasticky feel that all GT 86’s had but the controls layout is improved, the seats are better bolstered and more supportive. The transmission – thank you, Toyota – was a 6-speed manual gearbox (cue singing angels) and it had an excellent mechanical feel. The clutch was a little stronger and stiffer than the Miata we recently drove, but it certainly wasn’t difficult or uncomfortable to use. Everything about the car lends itself to hard driving so a strong clutch and gearbox is essential. 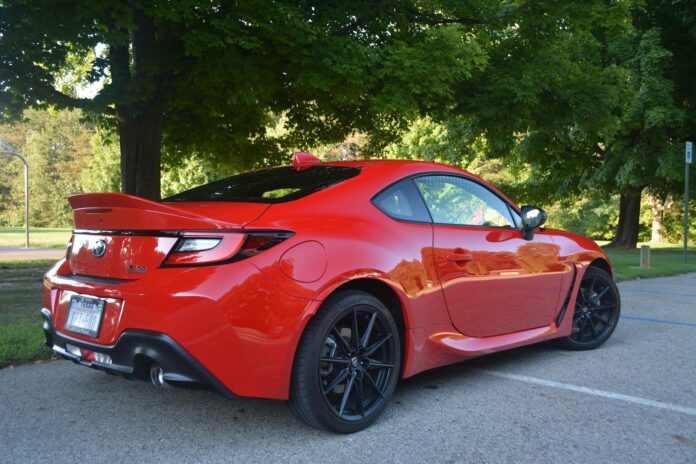 Climb in, start the engine and the little Subaru engine eagerly starts and falls into a steady idle. Grab first gear, let the clutch out, and the GR 86 quickly pulls away. Lean on the throttle and the engine quickly responds – the tach needle literally jumps around the gauge. The engine has a lot of pull down low and continues to pull hard all the way to the 7500 rpm redline. So much so that you suspect there might be a turbo hanging off the exhaust manifold (there isn’t). Oh, plan to shift before redline though because when the needle hits 7500 on the nose, the limiter cuts the fun. Indeed, if there’s one word that describes the GR 86, it’s “eager.” This little car wants to run every chance it gets and it wants to run hard. There’s a “boy-racer” feel to it but it’s no pretender – it’s a legitimate sports car and it would be at home at a track day, on winding back roads, or smooth freeway.

The rear-wheel drive layout gives you complete confidence and offers superior dynamics over less FWD cars. The firm suspension keeps the body motion in check. The springs and shocks feel stiff but not brutally stiff. It definitely feels sporting though. The brakes feel great, communicating exactly what’s going on, and they stop the car quickly and efficiently over and over again.

The GR 86 feels like more of a complete and thoroughly sorted package than any GT 86 we have ever driven. If you’re looking for a relatively inexpensive sports car that loves to run hard and is a little more aggressive and hard-core than Mazda’s MX-5 Miata, look no further than the GR 86.