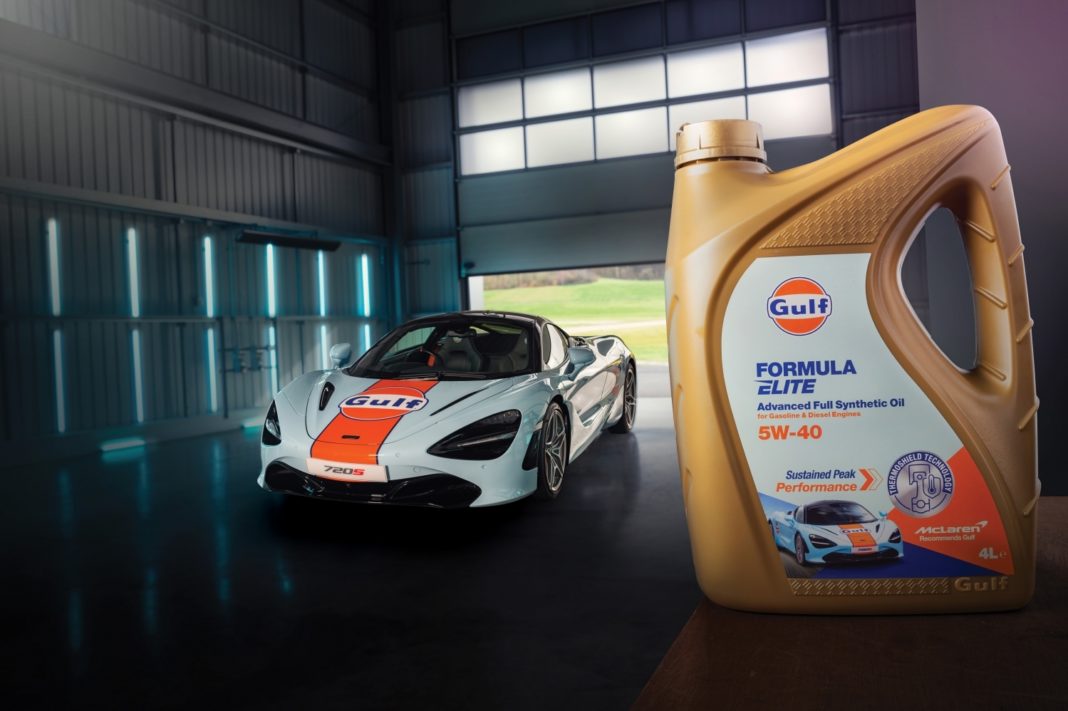 All McLaren Automotive supercars and hypercars that leave the McLaren Production Center in Woking ,Surrey England will be using the new Gulf Formula Elite lubricant.

The collaboration between Gulf and McLaren started in 1968 and has continued in both Formula 1, the Can-Am series and at the Le Mans 24 Hours in the 1990’s. The partnership won over 40 races together and reunited in July 2020.

The technology teams of both Gulf and McLaren Automotive worked together to develop and test a new lubricant that provides the ultimate protection and peak performance for McLaren’s high-performance V8 and V6 engines even in the most extreme weather conditions.

The new Gulf Formula Elite lubricant uses Thermoshield Technology to improve the performance and efficiency of the vehicle by forming a robust coating on all critical parts of the engine for enhanced wear defense.

The lubricant also maintains optimum temperature by dissipating heat, preventing the oil from deteriorating and provides greater deposit control to further improve the performance of the engine.

Additionally, Gulf branding will also attend the McLaren Automotive PURE customer event that will be held around the world. The exclusive chosen customers will be presented with the option of having their McLaren supercars hand painted by McLaren Special Operations in Gulf liveries and colors which echo the famous F1 GTR Le Mans car which raced in the 1990’s.