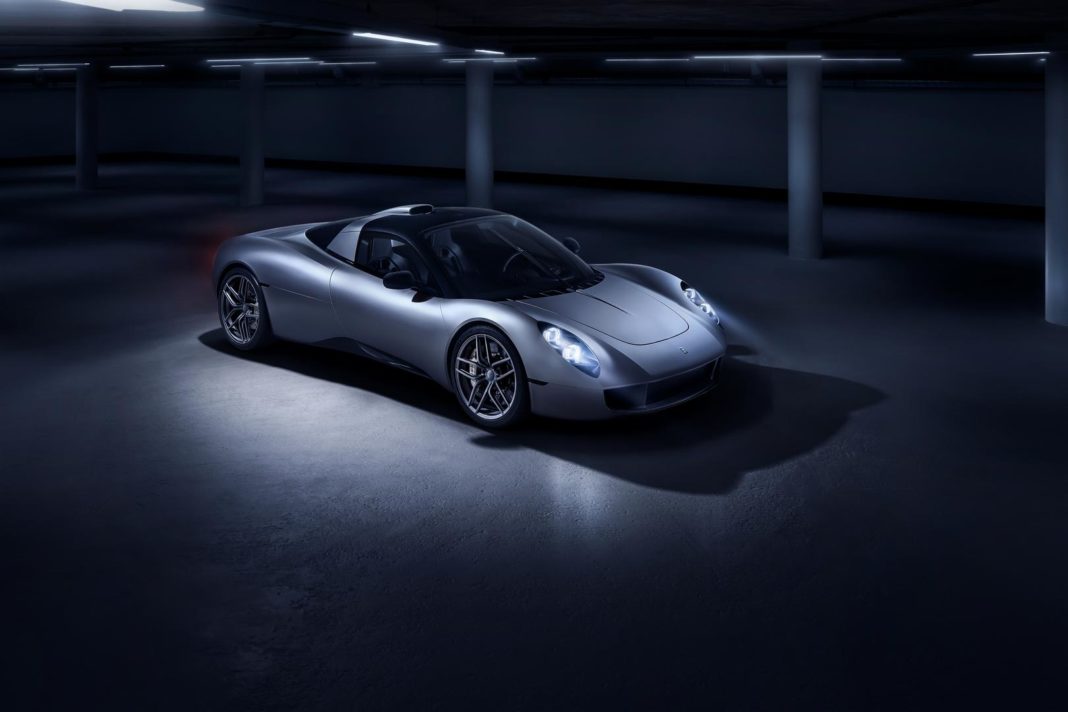 Gordon Murray Automotive just unveiled their brand new T.33 supercar, this is the second new model from GMA expected to join in the lineup with the T.50 and T.50 s Niki Lauda.

The new T.33 is powered by a specially reconfigured version of the T.50’s 3.9 liter V12 engine which is co-designed with Cosworth. The design of the new model will be built around newly developed carbon and superlight aluminum architecture.

The engine generates an output power of 615PS at 10,500 rpm and 451 Nm of torque at a low 9000 rpm. Additionally, the power to weight ratio is recorded at 564 PS per tonne in superlative performance and the engine weighs 178kgs.

The T.33 weighs less than 1100kgs (300kgs lighter than an average supercar), its design adheres to the seven strict company principles, the model represents the highest expression of automotive art and each owner will be presented with the opportunity of collaborating with the design team to personalize their T.33 through their choice of colors and liveries.

Additionally, the vehicle has been fitted with new camshafts, variable valve timing, engine mountings, water and oil cooling systems and an engine mapping system to ensure the power delivery and response is perfect. A new exhaust system has been developed along with a new ram induction intake system to deliver an unmatched GMA signature sound.

The GMA T.33 has been equipped with a six-speed manual gearbox as standard while an Instantaneous Gearchange System (IGS) with paddle shift is offered as an option. The manual gearbox is derived from the T.50 Xtrac manual unit and is the world’s lightest supercar unit weighing 82 kgs only.

The T.33 features light forged aluminium 19 inch alloy wheels at the front axle and 20 inch at the rear axle both weighing less than 7 kgs each. The wheels are mounted on Michelin Pilot Sport 4 S tires measuring 235/35 R19 at the front and 295/30 R20 at the rear.

The interior of the vehicle features driver centric controls such as aero, lights, aircon and HMI. Additionally, the pedals are crafted from aluminium alloy, all the main controls are analogue and rotary and Apple CarPlay and Android Auto are included as standard.