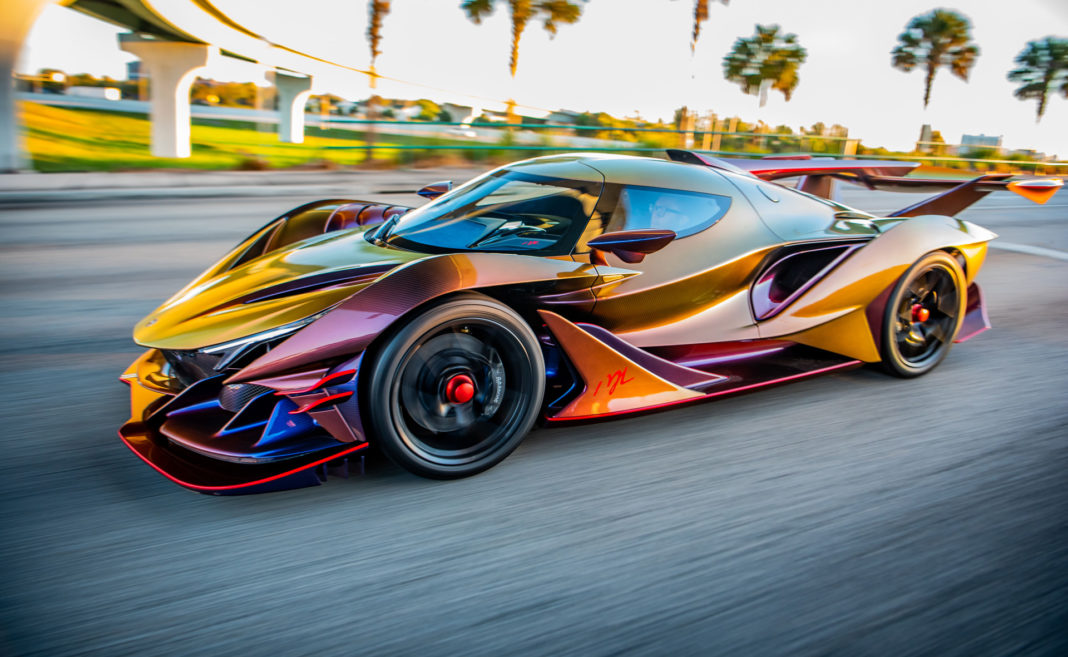 10 years ago V12s were just as common as V8s, today the number has reduced drastically for both engines. V12s have been ‘restricted’ to million dollar hypercars while V8s are no longer available in the <$100k price range bar for a few American cars like the Ford Mustang. This list looks at the best sounding V12s in the world that one can buy new today. Sound is subjective but we believe this list comes closer to being perfect.

Why aftermarket exhaust? Because of the current restrictions put on these cars. While manufacturers are forced to adhere to strict emission rules, the aftermarket world steps in with unfiltered solutions that allow these cars to bellow properly. The Ferrari 812 especially when paired with a Novitec export exhaust system sounds completely nuts and is one of the most affordable V12 supercars on the market today.

The Apollo IE is limited to just 10 cars which were all sold out a while back. This is the first model from Apollo Automobil (formerly Gumpert Sportwagenmanufaktur). The car is built in collaboration with HWA AG among other partners.

One of the last remaining V12 supercars that costs under $1 million, even cheaper if you chose trims such as the Aventador S. Due to emission restrictions one may not fully appreciate the melody that comes with these cars, but throw in an aftermarket exhaust like Gintani or Brooke Race and you have yourself a screamer!

Aston Martin’s latest hypercar, with deliveries scheduled to begin soon. The Valkyrie is one of the best sounding V12s money can buy today. The development has been overseen by both Red Bull Racing and Cosworth.

One of the last purely naturally aspirated V12 from Lamborghini, its limited to 40 units and is also not road legal. It has the same engine from the Aventador SVJ but used a 6 speed sequential manual gearbox.

Gordon Murray is back with his genius creations, this time a true spiritual successor to the McLaren F1. Its powered by a naturally aspiared V12 mated to a 6-speed manual and like the F1, it has a centralized driving position.

A track only Pagani Huayra to mark the end of the road going Huayra production, and like the Zonda R, it is powered by a naturally aspirated V12. It is limited to 30 units worldwide.