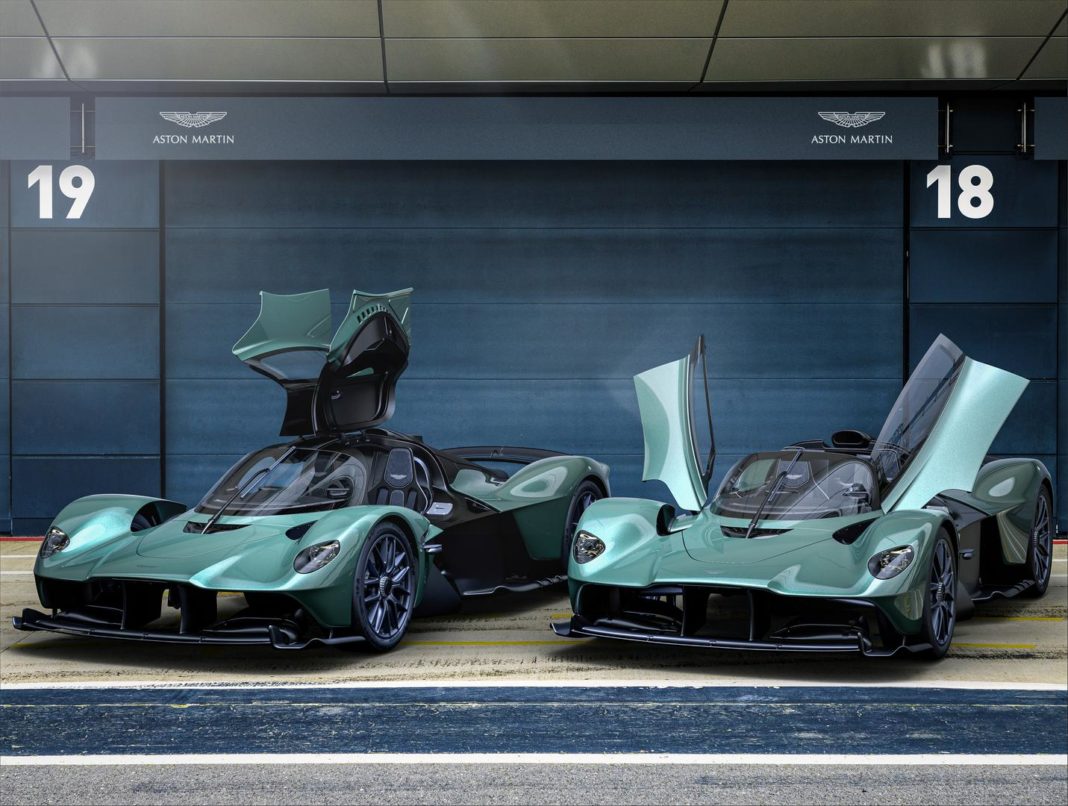 The new Aston Martin Valkyrie Spider was officially revealed to the public at the Monterey Car Week 2021. Only 85 cars will be made each at a starting price of $3.8 million excluding taxes, making it one of the most expensive cars on the market today. Deliveries will begin in the second quarter of 2022.

The Valkyrie Spider ditches the Gullwing doors found the coupe for new dihedral doors that tilt forward when opened. It is powered by a 6.5L V12 Cosworth engine with hybrid technology, altogether producing 1155hp. With the top down, top speed is restricted to 330km/h and 350km/h with the top on. When it track mode, the Valkyrie Spider can generate up to 1400kg of downforce at 240km/h.

The new Valkyrie Spider comes with a plethora of F1 developed technology thanks to Red Bull F1 involvement. There is an F1 styled cockpit with low hip-to-heel height, it has a near-central seat positioning as well as a 6-point safety harness.

The removable roof is made of lightweight carbon fiber and can be lifted off easily when the doors are opened. A rear view camera together with front and rear parking sensors have been used to make maneuverability easy.