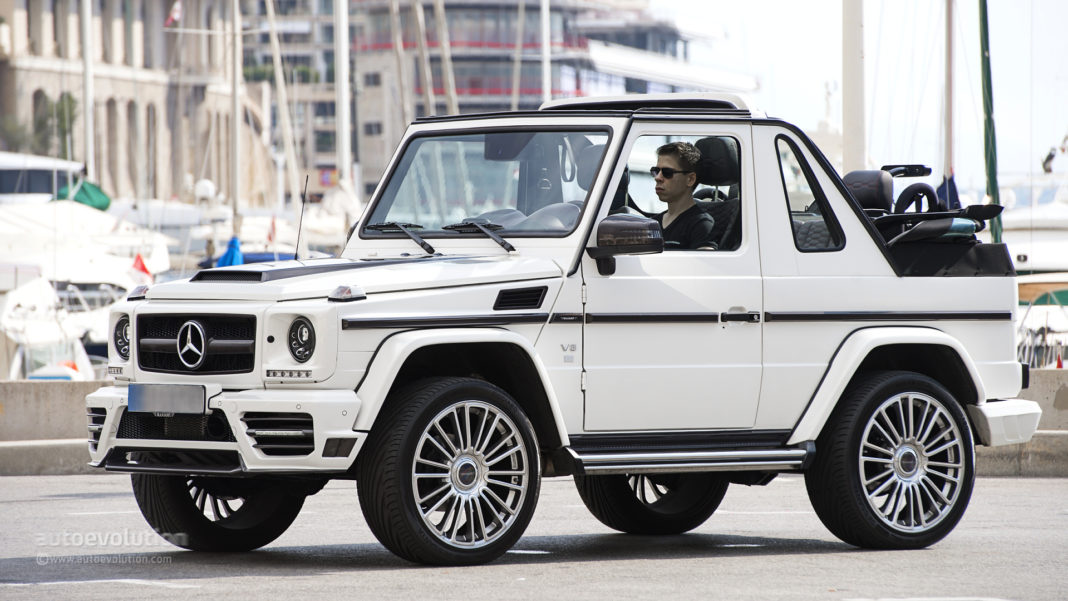 Mercedes-Benz could build a new G-Class Cabriolet based on the fact that the company is hiring new engineers to work on a ‘foldable roof’ product at the Graz factory in Austria where the G-Class is assembled by Magna-Steyr.

Several iterations of the G-Class have been offered over the years starting with a 2-door cabriolet, a 3 door station wagon on a short wheelbase, a 4 door pickup with 6×6 wheel configuration, a 4-door Maybach Cabrio and the regular 5 door SUV. In recent years however, 2 door and 3 door SUVs have gradually disappeared from the industry and as a result prices for the older G-Cabrio models have skyrocketed to new heights.

The current generation of the G-Class (W463) was introduced in 2018, it comprises of both diesel and petrol variants but a SWB is not yet available. We believe Mercedes could be working to introduce a 2 door Cabrio version that will likely wear the G500 tag. This will be a series production model to compete with the likes of the new Bronco and Jeep Wrangler both of which offer SWB and removable roof as options.

Mercedes discontinued the G-Cabrio in 2013 by offering a special send off model called the “G500 Final Edition 200 Cabriolet”. Only 200 were made and they were sold out almost immediately. The next G-Cabrio model was introduced in 2017, however, this one was unlike any other G-Class in history as it carried the Maybach moniker. It was called the Mercedes-Maybach G 650 Landaulet, only 99 were made each with a price of over $800,000.

There is also a slim possibility that Mercedes could instead be working on another Maybach G-Class Landaulet but our bet is on a series production 2 door G-Class Cabrio that will be sold alongside the regular G wagon.

On a different note, a new G500/63 4×4 will be be revealed anytime from now. After the success of the previous G500 4×4 squared, Mercedes will be offering the model once more and we could even see an official AMG version this time round. We shall report more on this in the coming weeks.