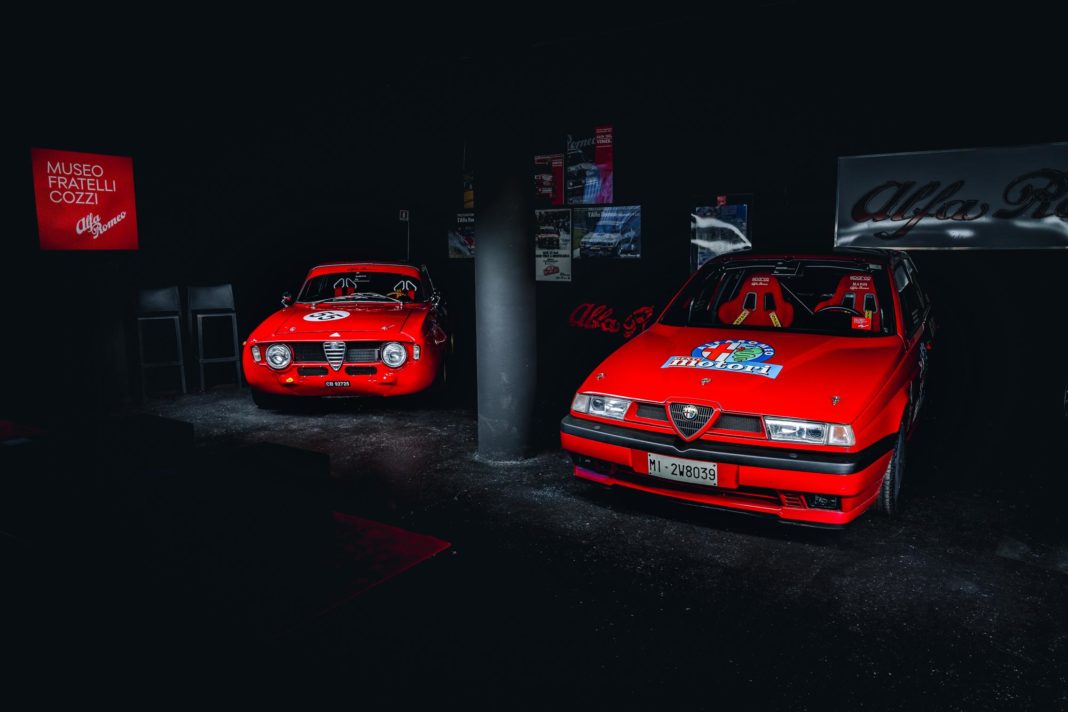 Not everybody knows that in Legnano (Italy), not far away from to historical Alfa Romeo plant of Arese (Milan) a little but great Alfa museum is open for visits. I’m talking about The Fratelli Cozzi Museum which opened its doors in October 2015 thanks to Pietro Cozzi’s passion for the Alfa Romeo brand.

His passion for Alfas led him to collect, from 1955, the year the homonymous dealership was founded, an example of each model ever produced by “la Casa del Biscione”, wisely selected to represent the best performing or the most interesting piece for collecting purposes (like limited or special production series).

The Museum houses over 60 cars, including unique cars and some very rare models. One example that caught my eye was the Alfa 155 Q4 (the one with the Delta HF integrale engine) that in 1992 set the new record at 297.333 Km/h in the G/PS class on Bonneville salt flats. Bear in mind this car ran stock tires and brakes (with the addition of a little parachute to increase the stopping power), Milan road legal reg plate and Abarth tuned engine.

Among the others, the museum displays some very interesting pieces like the 75 Turbo Evoluzione, the Montreal, the Giulia SS, Giulia 1600 T.I. Super QV, the R.Z and S.Z by Zagato.

In addition to cars, the Cozzi. LAB contains more than 300 original posters, thousands of photographs, brochures, user manuals, car and spare parts catalogs, repair manuals, trophies, art objects along with the major magazines and books in the sector. All the documents that testify the commercial path, the sales and marketing techniques of the dealership that sold them. There are many stories that the Museum tells and, among these, that of Pietro Cozzi: an entrepreneur who has made his passion a profession, which he wanted to share with everyone through the Museum.