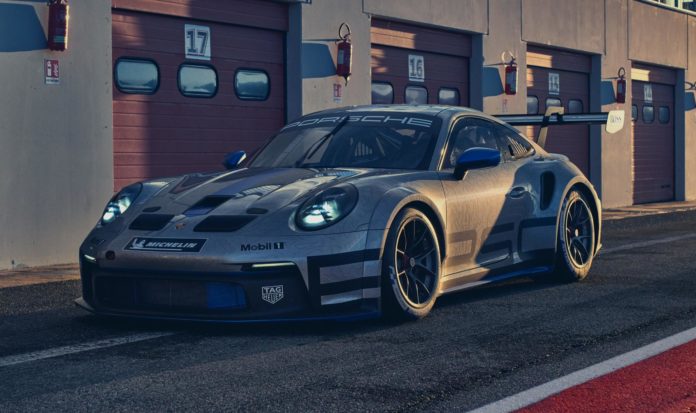 Porsche has unveiled the latest generation of the new 911 GT3 Cup. From 2021, it will be campaigned in the Porsche Mobil 1 SuperCup as well as the national Porsche Carrera Cup in Germany, France, Asia, Benelux and for the first time in North America. The spectacular Cup car is the first racing version based on the current 992 generation. Producing around 510 hp it exceeds the output of its immediate predecessor by 25 horsepower. Moreover, the GT3 Cup can run on synthetic fuels which lowers CO2 emissions under racing conditions. The 911 GT3 Cup is available at a price of 225,000 Euro excluding taxes.

The First 911 Cup car was presented in 1990, from 1993 it was raced in the newly established Porsche Super Cup as part of the F1 support programme. Over the years, five more generations of this successful racing car followed with a record of 4,251 units produced.

The groundwork for the latest model was laid in 2018. Concrete development began in 2019. The main development goal was to further improve performance, achieve a more aggressive design, easier handling and greater durability with less outlay in terms of time and maintenance .

One of the most striking features of the 911 GT3 Cup is its optimized aerodynamics and the overall muscular appearance. This is partly due to the wide turbo-spec lightweight body that is being used for the first time in the Cup car. Measuring 1902mm in width it exceeds the rear width of the previous model by 28mm and is distinguished by the cooling air inlets in the front wheels. The front axle is also broader. Because of the additional flared fenders, the 911 GT3 Cup now measures 1920mm at the front axle. This opens a door for a harmonious wheel-tire combination with 12 inch wide rims on the front and 13 inch wheels at the rear axle.

The removable escape hatch in the roof complies with the latest FIA standard. All windows in the GT3 are made of lightweight polycarbonate and have scratch-resistant hard-coat glazing. The doors, engine hood and rear wing are made or reinforced carbon-fiber plastic. The front hood with its distinctive exit- air duct and central air intake is a prime example of intelligent use of materials.

In addition to the incline, the new seats can now be adjusted in two height settings. The adjustable steering column ensures an ideal fit for every driver stature. The screen prioritizes the display of key data and information for the driver while racing on important baseline settings such as “wet” for racing in rain.

The suspension of the Cup 911 offers the finest in racing technology. The front wheels are now controlled by double wishbones and uni ball bearings. Through this, the dampers are no longer exposed to lateral forces, only axial forces. Fully electro-mechanical power steering has been introduced into the 911 GT3 Cup for the first time, this means the hydraulic pump and the associated hydraulic lines are no longer needed.

Below are some highlights of the specs.