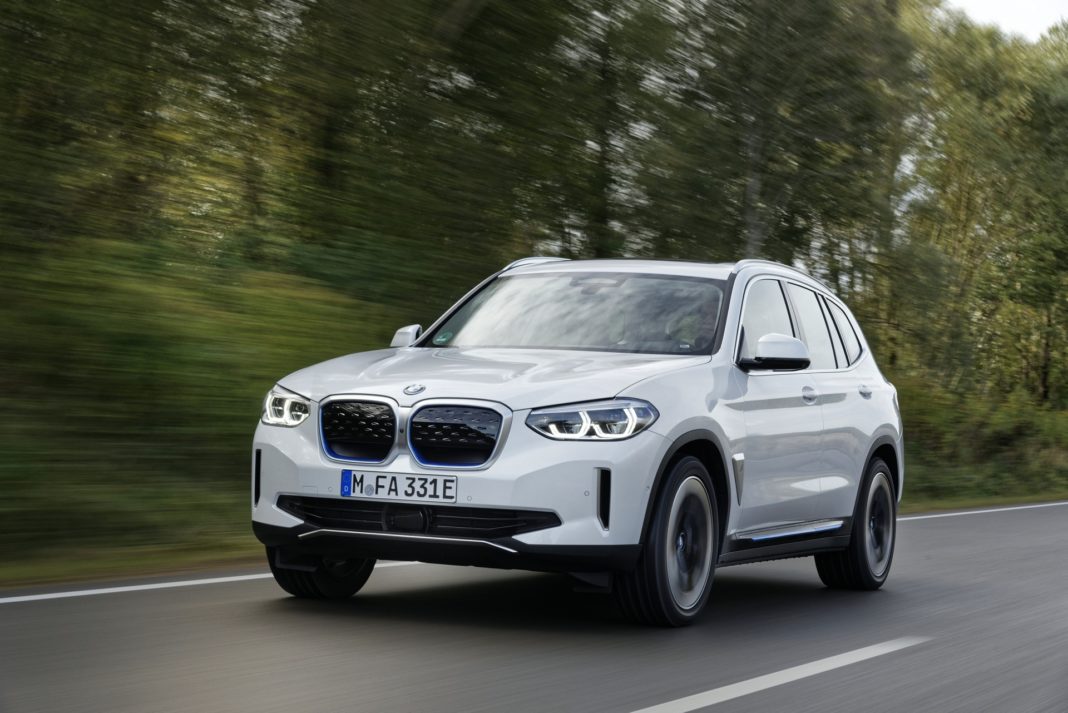 I’ll be honest, I am not a fan of electric cars. Having experienced battery powered offerings ranging from the Renault Zoe to the Porsche Taycan Turbo S, I can categorically say that I am not ready to drop my addiction to fossil juice for the volt life. That being said, there are a few applications in which I can picture myself driving an electric car – short, mundane and preplanned journeys. I have suffered from the stress and anguish of range anxiety on road Trips on which I’ve spent more time staring at the battery percentage and range than I did enjoying the views or fabulous roads.

The BMW iX3 is not intended to be used for cross country cruises or for blasting up mountain passes. This is a car for the school run, weekly shop and the odd trip to visit friends and family on the weekends. That is not to say it cannot cross continents, it can but there are other X3s better suited to such applications. This is the first BMW model to be available with petrol, diesel, plug-in hybrid or full EV powertrains to choose from.

With ‘the power of choice’ in mind, I hit the road in the iX3 to see what this 286 horsepower ‘Sport Activity Vehicle’ with a claimed WLTP range of 460 kilometres felt like. I tried to be sensible and drive in a fashion I imagine a buyer of such a car would, but as with all electric cars, I immediately engaged sport mode and floored it. The instant torque was amusing, the way that 2.2 tonnes shifted was impressive and the accompanying, configurable ‘drive sound’ added some character. 0-100km/h is dispatched in a respectable 6.8 seconds with the top speed capped at 180.

After a few accelerations the novelty wore off and I set about driving the car the way it was intended to be. I turned my attention to the braking regeneration options starting with ‘one-pedal’ driving. This was surprisingly good fun, I challenged myself to not use the brake pedal at all, it took some focus but was achievable after a few minutes of experimentation. I could not get comfortable with was the ‘adaptive’ mode where the braking force would automatically adjust itself using the navigation system to bring the car to a standstill without using the brakes. The level two autonomous systems worked brilliantly, only requiring assistance at traffic lights, roundabouts and coming to a stop with no car ahead of you on the road. I found myself trusting the systems almost immediately. The steering was accurate and did not have iX3 bouncing between the white lines.

When the twisty roads between towns presented themselves, I took control and engaged sport mode with maximum regeneration and found myself having much more fun than expected. Yes, the inherent feel and feedback in minimal, but the steering is quick and sharp and when applying max power out of bends there were noticeable rear-wheel-drive characteristics to be felt. Back to real world testing – the iX3 handled its weight with grace, the ride was firm in sport but the adaptive dampers meant this could easily be remedied. Being electric meant that wind and road noise could be intrusive at higher autobahn speeds, but not to uncomfortable levels. The cabin was well appointed and the usual BMW iDrive goodies are all you could want from an infotainment system. You could never tell this is a BMW that had been built in China. There was almost as much space as in a conventionally powered X3, the only difference was the marginally shallower boot as the electric motors hid beneath the boot floor.

As mentioned in the opening of this review, I can see the application and allure of having an electric car and this 150kW offering which can be charged from 0-80% in 34 minutes on an IONITY fast charger, certainly makes a case for itself. It is as comfortable and capable as I hoped with an added sense of humour. If you’re in the market for an electric family car that can take care of your simple commutes this may well be the car for you!