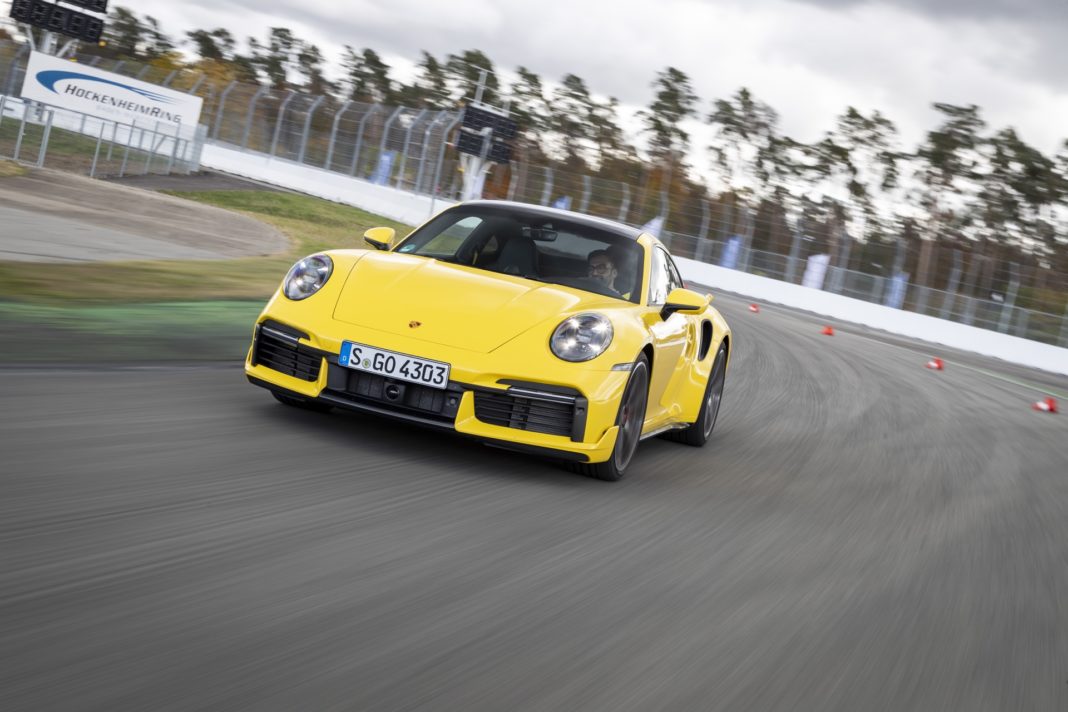 The 992 Porsche 911 Turbo S took the world by storm in 2020 with many hailing it as the best 911 Turbo S ever to be unleashed my the team in Stuttgart. The numbers are bombastic. 650bhp, 800Nm, 0-100 in 2.7, a top speed of 330km/h and a price tag starting at £155,970 before options. Impressive, but is it necessary? This is a super-GT car that is more likely to find itself on the a morning commute with a child in the back than going flat out on the Nordschleife.

Porsche know this and offer a Turbo with the ’S’ knocked off the rear end. A Porsche Turbo, without the S, is still a speed and numbers freak, but not to the same extent as the biggest baddest S model. That being said, 580bhp, 750Nm, 0-100 in 2.8, a top speed of 320km/h and a £134,400 are certainly not modest, by any measure. 70bhp, 50Nm, 0.1 to 100, 21km/h at the top end and £22k are all that separate the two. Visually you’ll have to be a proper Porsche nerd to tell the two apart, especially now that S and non-S can be specced with the same wheels and badges on the rear deck. To my knowledge, the only badges that cannot be hidden are on the screens, door sills or the extendable front splitter. Debdage it and don’t let anyone in and they’ll never know you’re not in an S. The other telltale sign is the yellow brake callipers that are standard on the Turbo S to denote the PCCB ceramic brakes, but you can option identical brakes and callipers on the Turbo.

Can the Turbo show itself to be just as well rounded and the S? I flew to Germany to the Porsche Experience Centre, Hockenheim to find out. I will forever love Porsche for never messing around on launch events. I had almost an hour on track with the Turbo to gather my thoughts on how the car performed and I learnt a lot. Initial impressions are dominated by the tremendous and unrelenting force that the rear mounted 3.7-litre flat-six twin turbo engine send to all four wheel via an eight-speed PDK gearbox.

Why anyone would need the extra 70 horses, I’m not quite sure. The what the power in sent to the wheels along with the sublime PDK shifts means the Turbo launches itself from one apex to the next. Slowing down is just as impressive an experience as the car I am in is fitted with the PCCB brakes which cost around €10,000(!) and bring the 1,640 kilogram 911 to a halt with tremendous force and feel in the pedal – the confidence is unparalleled. The same can be said for the chassis, too. Th example I was piloting featured the firmer 10 mm lower PASM Sports suspension designed to enhance the agility of the new 911 Turbo. There was not a hint of roll in the body and through the fast Hockenheim GP sweeping bends the body composure was mighty. The adjustability on the limit was so soft, approachable and confidence inspiring.

This really is one of the finest allrounders on sale today. It is refined, quiet and comfortable on the road and an absolute joy to drive on circuit. That being said, it is not as focused as something like a McLaren 570S or Lamborghini Huracan, but they are not worthy of mention in the same breath when considering a daily driver. The 992 Turbo really is the Swiss Army Knife of the automotive world. It is perfectly at home in city traffic, crossing a continent or pounding around a racetrack. There really is no substitute. The Turbo offers a more affordable package than the Turbo S and one that, in the real world, left me wanting nothing more.