Geneva is a favourite showcase for Horacio Pagani. The public debut of the Zonda there in 2001 came like a bolt from the blue, and he followed through at the 2005 Show with the Zonda F.

“When we started to design the Zonda F, we knew the basic car still had potential left to be explored,” said Horacio. “So although the distinctive Zonda shape remains largely unchanged for the F model, 60 percent of its components are new, including the headlamp clusters and wing mirrors. Horacio told me that new EU regulations necessitate that the mirror stalks be longer and extend beyond the bodyline of the car.

High-speed stability is vital at the sort of speeds this car is capable of, so a lot of wind-tunnel work went into ensuring that the aerodynamics were spot on. The front air splitter is now longer than the C12’s for more downforce, while at the rear, the new one-piece carbon wing is poised on a pair of alloy struts and is set lower and further back than previous versions.

Gurney flaps on the trailing edge of the engine cover help the air separate cleanly, while a less aggressively raked diffuser under the rear further increases rear downforce at speed. The result is a combined downforce of 600kg at 300km/h, around double the original C12’s number, but with less drag.

If the original Zonda C12 had one major advantage over its rivals, it was in the area of weight. At 1,260kg, it tipped the scales at 150kg less than most cars in this category. It was not that easy to trim a further 55kg off, but the team succeeded and the result is the lightest car of this power level since the McLaren F1.

The Zonda F weighs 1,230kg, and with carbon-ceramic brakes, and a titanium and Inconel exhaust with ceramic coating on the Clubsport version, this is reduced to just 1,205kg.

“We literally had to go through every component again,” Horacio explained. “The central tub has been refined with the experience we gained in developing the Roadster. That was a tough call, and the Roadster is an incredibly complex product, a bit like a Grand Complication watch.”

“A lot of the high-strength, lightweight technology we developed for the Roadster was used in the Zonda F,” he continued. “We saved 12kg in the tub with no loss of strength or rigidity by using a 3D carbon-fibre weave. A similar amount was pared from the bodywork again using new carbon-fibre techniques. The third 12kg saving came from the engine, and the profile of the chrome-moly tubing that makes up the front and rear subframes was also changed, saving around 9kg.

Where the Zonda C12 has a torsional rigidity of 25,500Nm/degree of twist, the Zonda F is pegged at 27,000Nm/degree. A high level of rigidity is the first key to good ride and handling as it means the suspension can be optimised with no compromises, and will maintain it’s geometric accurately under load.

The double-wishbone suspension uses Dutch-made Ohlins race-style dampers with separate reservoirs. These combination gas-hydraulic dampers are extremely sophisticated and allow you to select 15 setting each in both bounce and rebound.

The 255/35R19 and 335/30R20 Michelin Pilot Sport 2 tyres are the same asymmetrical mixed compound rubber found on the Porsche Carrera GT. The fronts are one size smaller than the Carrera GT’s to maximise steering feel, but the rears are Carrera GT size. Recommended pressures are modest at 29psi in front and 32psi rear.

The 19 and 20-inch forged alloy wheels on the Zonda F are made by APP in Italy. If you opt for the Brembo carbon brakes, you get four 380mm discs. The alternative is conventional steel discs, 380mm in front and 355mm at the rear.

In both cases, six-pot callipers are used in front and four-pots at the rear. “Initially, I was not convinced about the noise aspect of the ceramic discs, but Brembo came up with the goods in short order and we are very happy with them,” said Horacio. These brakes are fantastic in feel and effect, and the shortly after its launch, the Zonda F took the record for the fastest stop from 200km/h, at just 4.4 sec.

The Zonda F continued using the six-speed version of the CIMA gearbox, but this is no hardship as its action is much better than the dogleg five-speeder I tried on the early C12. With shorter and more positive throws, it is user friendly and works perfectly with the medium-weighted clutch. Horacio said that further modifications he planned for production cars would shorten the shift even further. The 48-valve Mercedes V12 is the same basic engine from the W140 Mercedes S-Class that ran from 1991 to 1998. In the original Zonda C12, this was unmodified apart from its sports exhaust, and was good for 400bhp. The C12 S that quickly followed used an AMG-prepared 7.3 litre (7,291cc) motor with 555bhp. “The basic engine has huge potential and only needs AMG to optimise it,” said Horacio at the time.

Tick the Clubsport option on the order form, and thanks to further work on the intake system and more radical camshafts, the big numbers are 650bhp at 6,200rpm with 780Nm at 4,000rpm.

Ram airflow both for the engine intake and for engine compartment cooling was critical, and computer-optimised internal ducting draws in air through NACA-shaped ducts above the wheel arches and channels it to a carbon-fibre collector mounted above the gearbox.

Triangular shaped plenums calculated to direct an equal amount of air to each of the six throttle-bodies on each cylinder bank feed long cross-over ram-pipes that narrow towards the cylinder heads, ensuring high velocity ram-air for good torque.

The exhaust system and its silencers are made by MHG, a specialist company in Germany. This exhaust is a work of art; with the most amazingly precise and well-finished welding I had ever seen on a road car exhaust at this time. The equal length pipes on the manifold are bent Formula One racecar style, and a very expensive ceramic coating is employed to keep exhaust temperatures down.

I never thought that the original 400bhp Zonda C12 was slow, but with 50 percent more power on tap from its AMG developed 48-valve 7.3 litre V12 Mercedes motor, the Zonda F has meteoric performance and impressive tractability.

The counterpoint is the cars flexibility. Pulling away smoothly from just over 1,000rpm in sixth, the F will go all the way to its top speed in that one gear. Use the revs however, and its acceleration is crushing, both in terms of pushing you back in your seat and annihilating the opposition!

The soundtrack from the big V12 really gets the adrenalin flowing. If you have ever driven a Mercedes S600 (W140) limo you will know just how quiet this car is. The increase in capacity and change of intake and exhaust has mutated the character of this engine way beyond recognition; it growls like a tiger at low revs and screams like a full-blown race motor when you drop the hammer.

In fact, Horacio requested that I step out of the car for a minute and stand by the roadside to hear the car in full song. He then proceeded to do a few runs up and down the road so I could hear the intoxicating scream of the motor in full battle cry. Climbing back on board minutes later, I suggested that he add a CD of the Zonda soundtrack to the Pagani lifestyle accessories range!

The Zonda F retains the tremendous stability that so inspired me when I drove the original C12. You can be driving along at 100km/h and flick the steering left and right really quickly and the car responds instantaneously, changing direction with perfect stability and no overshoot.

The power-assisted TRW rack and pinion steering is spot on in weight and assistance and relays more information in a clearer way than you would think possible with such large rubber. That, the perfect driving position and good all round visibility from the glasshouse cabin, gives you more confidence than is the norm for a big supercar.

There is more than enough power and torque on tap to unhinge the big rear tyres at will, but the trick to driving such a powerful car is always to be smooth and clean with your inputs, using the torque and low inertia to best effect.

The ASR traction control works very well at containing over exuberance with the throttle, but turn it off and the Zonda F can be tricky, the copious and instant torque easily overwhelming the mechanical grip of the big Michelins.

Driven with smooth inputs however, the Zonda F has far more grip than most people would sensibly use up on a public road. The lateral acceleration figure of 1.4g for the Clubsport version is staggering for a road car.

Comfort is another big plus in the Zonda F thanks to its extremely supportive seats and good driving position, and it is a good partner on long trips. As with the original C12, the ride quality is remarkable for a supercar, and proves the point that good ride and handling can result from perfectly matched springs and dampers rather than just soft settings.

“I do not feel that I have even gone halfway in my journey yet,” Horacio told me in parting. “I am happy with what we have achieved so far, but I know that the key to enduring success will be revealed in the second part of this adventure. Only when your second car has done well can you truly be confident of the future.” 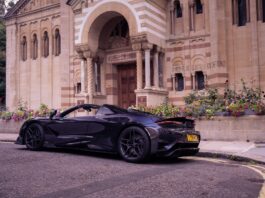 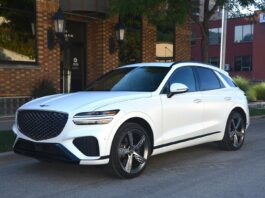 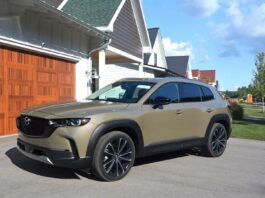