Ever since its inception in 2008, the Nissan GT-R has become one of the fastest and most-recognisable supercars produced in the modern era. Even though it can outperform pretty much any Lamborghini, Ferrari or Porsche on a racetrack, the one place it falls down compared to its Italian rivals is in the styling department.

Due to its relatively compact size and its absence of aggressive air intakes, wings, or splitters it can’t hold a candle to the Aventador in standard form. However, the following matte black Nissan GT-R is arguably one of the most aggressive GT-R we’ve ever laid eyes on thanks to its numerous exterior modifications. 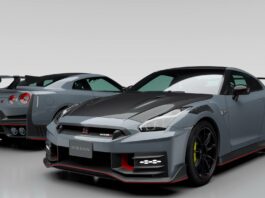