A common dream unquestionably held by millions if not billions around the world, is being fortunate enough to win the lottery. Sure you may not get the satisfaction who’d typically get from working to earn your own money, but striking it big is definitely one of the most attractive ways of becoming rich quick.

Well, back in 2008, United Kingdom resident Robert Johnson, 65, did just that when you brought home 5 million pounds. And in order to celebrate his winnings, he went out and purchased a black Bentley Continental GT which unfortunately to Johnson and automotive enthusiasts around the globe, is now a complete write-off after Johnson haplessly drove the car into flood waters before he was forced to ditch the car, shortly after 8am on the 2nd of January 2013.

Now that’s definitely not the best way to start the new year!

The wealthy managed consultant and landowner was driving the car along a country lane, when a nearby stream broke its banks, sending 3ft of water straight onto the road.

Bernard Robinson, a close friend of Johnson said, “”He’s driven down that road, even when it was flooded, hundreds of times before. He obviously misjudged how deep it was and when he pressed the accelerator the wheels just span and the car started to float off.”

“Apparently water was gushing through the bottom of the car but he managed to open the door and wade to safety.” 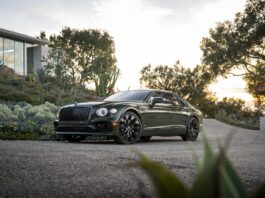 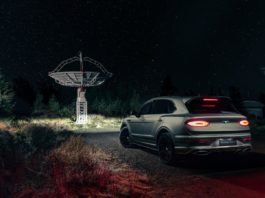