GTspirit
Home Car News This is the Oldest Bentley Color, And You Can Order it Today 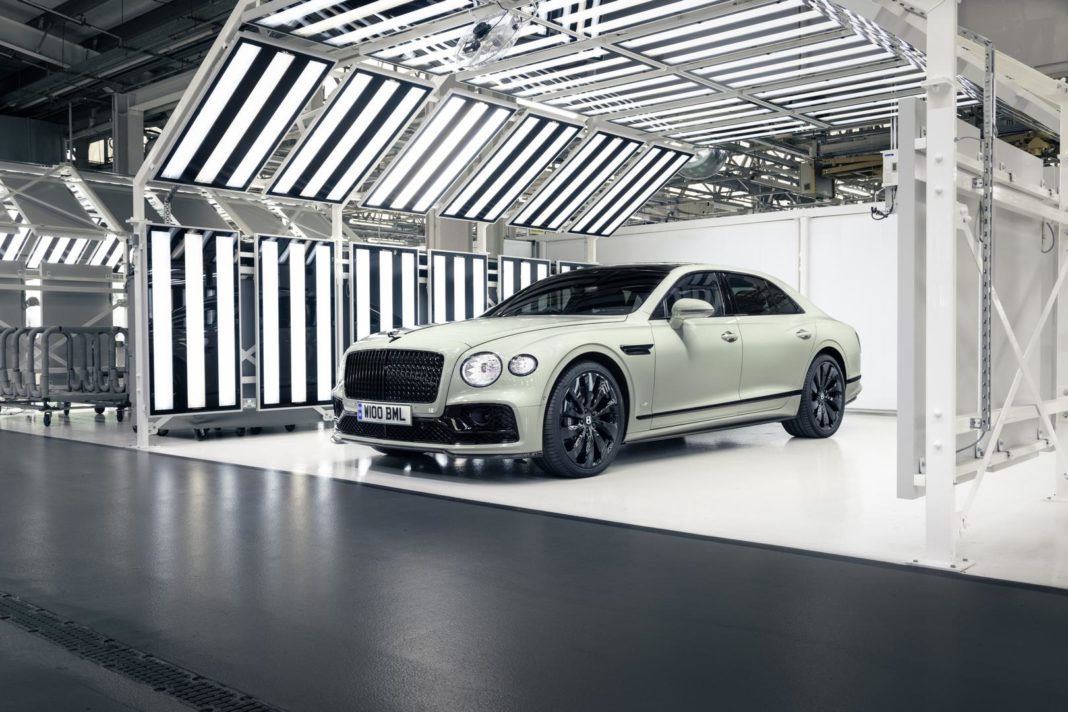 Mulliner’s team recently discovered a number of exterior paints dating back to the 1930’s in recognition of Bentley’s design department’s 70th anniversary, four of the colors are available for order i.e Dove Grey, Claret, Old English White and Oxford Blue. Dove Grey is the longest-standing color which is also part of the extended colors dating back to the Derby-era Bentleys of 1930s.

15 colors which have been in service for over 50 years have also been identified, one of the colors which can be found at Bentley’s headquarters in Crewe is Sage Green which has been used on the powerful Flying Spur V8. All the paints are applied by hand spraying complimented by the latest robotic technology.

The Flying Spur V8 finished in Sage Green is a luxury Grand Touring sedan that offers performance agility and exclusive four-door, limousine-style comfort. The paint is from the 1950s and the color split of the interior has been specified with carbon fibre finish for a more modern appearance.

Claret is a duo-tone color inspired by Royal Claret and it was exclusively created for Queen Elizabeth ll’s Golden Jubilee Bentley in the 1940’s.

Customers can now easily customize their own heritage-inspired color thanks to the new palette with historical significance.