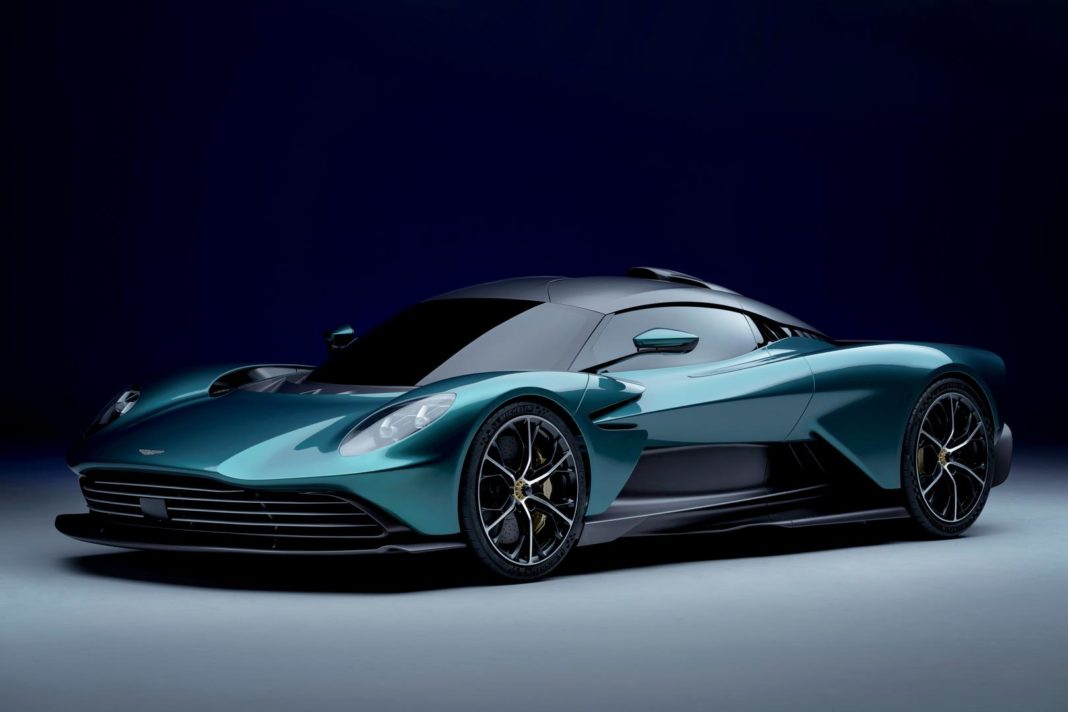 It’s no longer a V6! Meet the new 2022 Aston Martin Valhalla now in production form. The previous V6 twin-turbo engine has been ditched for a bigger 4.0L V8 twin-turbo unit from AMG, assisted by two electric motors for a total system output of 950hp. Rivals include the Ferrari SF90 Stradale and even ‘oldtimers’ like the McLaren P1 and the Porsche 918 Spyder.

The new Valhalla is powered by a hybrid system consisting of a twin-turbo V8 that powers the rear wheels and two electric motors that power the front wheels. You can even drive it in pure FWD mode using the e-motors alone, an 8-speed DCT is used to send power to wheels assisted by an e-diff and e-reverse.

The V8 engine develops 750hp on its own, while the two electric motors add an extra 204hp for a total of 950hp. This allows it to sprint from 0-100km/h in just 2.5s and achieve a top speed of 350km/h. With the help of active aerodynamics, the Valhalla can produce 600kg of downforce. The company has a target time of 6:30 min at the Nurburgring, a proper run at the German racetrack is thus coming in the near future.

This will be the first mid-engined supercar from Aston Martin, it benefits from Formula 1 technology that was applied on the chassis and aerodynamics making it one of the most important models in Aston Martin’s history.

In EV mode only, the Aston Martin Valhalla has a top speed of 130km/h and an electric range of 15km – perhaps enough for a quick limp to the next gas station just in case the ICE runs out of fuel.

The Valhalla packs an impressive suspension system borrowed from F1; push rod front suspension with mounted springs and dampers to reduce unsprung mass. Ride height control is possible with the Multimatic Variable Spring rate and Adaptive Spool Valve (ASV) Damper units. In addition to that, a front axle lift system is available to help drive over speed bumps without damaging the front lip.

It’s fitted with 20 inch wheels at the front and 21 inch wheels at the rear, Carbon Ceramic Matrix brakes with brake-by-wire technology provide the necessary stopping power. Three major intakes feed the V8 engine with air – the roof scoop and side intakes.

Pricing information has not been given but we expect the Aston Martin Valhalla to cost from $750,000 to $1 million.