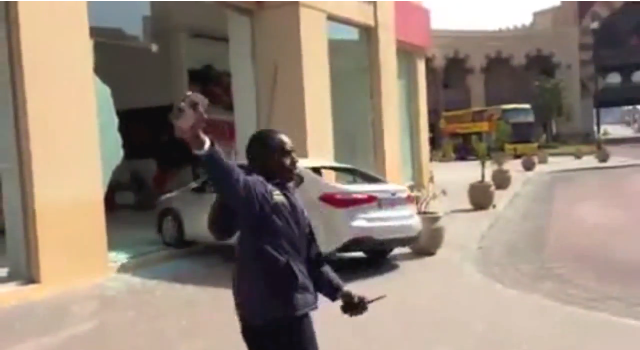 All the time on the news, we hear about people who are clearly out of their mind driving into places such as convenience stores, grocery stores, or even gas stations, and for most of us, this is most certainly not something new. Today in Doha, Qatar however a drunk man behind the wheel of a Ford smashed into the side of the dealer which just so happens to be Qatar’s one and only Ferrari showroom! In the video, you can clearly see security responding to the incident, but the man backs out of the dealership and guns it down the road to make an escape.

The video also shows that nobody rushes to the car probably due to the fact that since the man looked intoxicated, he could pose a threat and possibly even harm anybody who attempted to apprehend him. As of now, the driver has yet to be caught or identified publicly, but it’s only a matter of time before he is taken into custody.