The BMW Rapp 100th Anniversary Concept is a two-seat roadster with an enormously long hood more than capable of fitting any internal combustion engine currently on sale in the automotive industry. The car then features a speedster style layout with a very small windscreen and a simple interior completely focused on the driver. While the car will never hit production, it’s still an extremely impressive piece of automotive design! 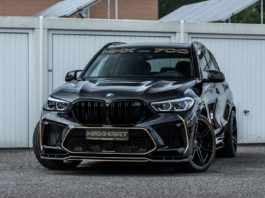