GTspirit
Home Car News Did You Know a G-Wagon Won the Dakar Rally Back in the... 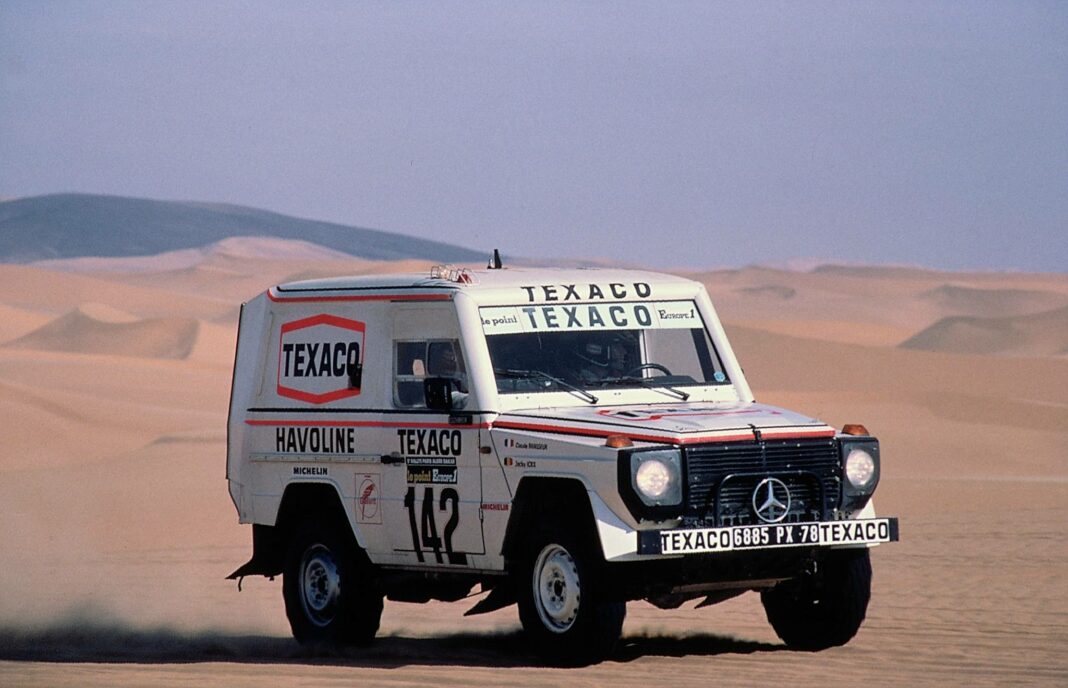 40 years ago, racing driver Jacky Ickx and his co-driver, actor Claude Brasseur won the 1983 Paris-Dakar Rally (world’s toughest rally) with the Mercedes-Benz 280 GE. The project was managed by Mercedes Benz France and engineers of the company from Germany assisted with the engine and aerodynamics of the vehicle.

The race took place in the early morning of 1st January 1983 on the Place De La Concorde in paris, after around 20 extreme daily stages through deserts such as the Tenere in the south of the Sahara and in the north of the Niger, the participants reached the city of Dakar on the Atlantic Coast. Additionally, the participants in the car, motorbike and truck classifications covered between 10,000 to 12,000 kilometres to reach the finish line.

Paris-Dakar rally has attracted car manufacturers to compete in the African Desert since its early years. The adventure was founded and organised by a former car and motorbike racer Thierry Sabine who passed away in January 1986 in a helicopter crash. The event continues to this day, its name was changed to Dakar Rally and currently takes place in the desert regions of Saudi Arabia. The Dakar Rally was previously held in South America from 2009 to 2019.

Among the first ten vehicles to cross the Paris-Dakar finish line were two more 280 GEs and a Mercedes Benz prototype. During the competition, many participants dropped out due to technical issues, accidents, crushes or sheer exhaustion. Only 61 cars and trucks and 28 motorbikes made it to the finish line. Further Mercedes-Benz G models finished in fifth, sixth and eighth place and the brand also celebrated a double victory with a Mercedes Benz 1936 AK all-wheel drive truck ( 355 hp) as the best truck.