The Alps – a mountain range that stretches 1,200 kilometers and eight alpine countries across Europe. Even the coldest and darkest of hearts feel inspired looking up through the cotton clouds at infamous peaks such as the Matterhorn, Mont Blanc and Jungfrau.

There are no mountains without earthquakes and there are no mountains without mountain passes that are forced to snake under, over and around the outcrops of rocks that have been forged under pressure and weight for millions of years. Roads like these attract visitors in their hundreds of thousands, some for the views, some to relish the physical stress of running, cycling or climbing to lofty peaks. Others, such as myself, are drawn to the hills by the thrill of piloting an automobile through tight, testing twists and turns whilst gawping at the drama of the scenery below and the cloud formations above. It’s an escape, an opportunity to leave trials and tribulations to fill the vacant space in the garage until the car and I return to rest and be embraced by the warm grip of sleep after a day free of the grasp of reality.

As the opening to this story may have alluded to, I have an admiration and fascination for the Alps. You can drive a collection of the greatest roads the world has to offer in the space of a few hours. In the space of just a few days you can begin in the west with escargot in France and end in the east with a goulash in Slovenia having been thoroughly stuffed with carbohydrates in Italy and the finest meat in the hills of Austria.

Such journeys have etched memories that will last a lifetime, ones that I will forever cherish in my mind. Craving an escape always leads me back to the Alps where the gentle clanging of cowbells echo in my recollections. It upsets me that I live in the UK and making it to the Alps in a car would take far too long. I need somewhere I can escape to in a day to abandon my demons and be able to return home at peace not facing a barrage of questions from my friends, family and colleagues about an unannounced five day disappearance. Scotland? Too far? New Forest? Too close. Wales? Hmm. 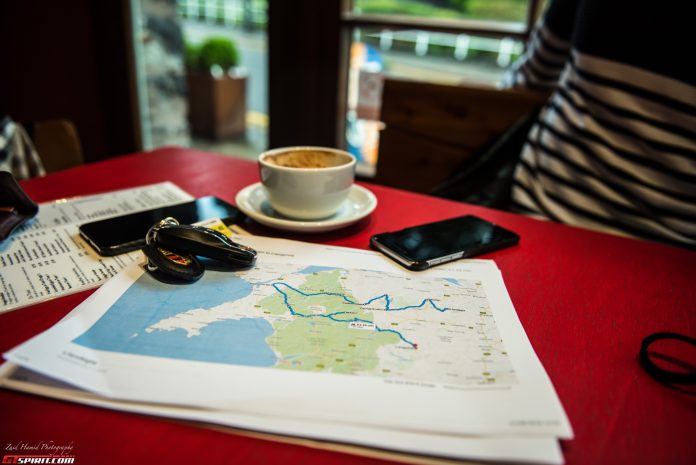 Watching sunrise in the rear view mirror, yawning and counting the miles to the next service to collect the woman I love is a culmination of fatigue and excitement that fills me with joy. With the green mermaid of my dreams securely fastened into cup holder the hills come into view.

The green pastures represent the start of a route that was planned in just a few hours a couple of days ago at brunch with a frequent visitor. Llandegla is where things get interesting and where the car can stretch its legs. Oh yes, the car – a 991.2 Porsche Carrera GTS with a manual gearbox. Why this? This is what 911s are built for – they’ll potter around town without any fuss and then make you grin on a Welsh B road, or so it is claimed. A GT3 would be fantastic, but exploiting that power on blind and unfamiliar roads is far beyond me. I would want to spend my life at 9,000rpm in something as fast as a GT3 on roads I know well. That being said, the 450 horsepower going to the rear wheels of the GTS is far from dull.

Yes, it is turbocharged but the power delivery is so darn sharp that chances are you would struggle to tell if it were not for the smudge of lag below 2,000rpm and if you’re looking for power down there then you need to get out of the Porsche. Talking of torque, it will tear your face off and deliver the bludgeoning 550nm with such force that the rear Pirelli tyres, which are as wide as my forearm including hand, are rendered inadequate under full power in the first three gears if there is even a smudge of moisture in the air. Moisture – there’s a lot of it in Wales. In bone dry conditions the GTS with PDK will fire itself to 100km/h in a supercar troubling 3.7 seconds and a brisk 4.1 for the manual.

The first pass takes me through a few sleepy villages where the number of inhabitants is outnumbered by the number of animals that go ‘baa’ and ‘moo’ in protest against the vicious crackles and pops being emitted by the GTS. This is a point worth dwelling upon as it adds a lot to the experience of the GTS and is something I was not expecting. In Sport and Sport+ the GTS is frankly rude. In any gear, ease off the throttle and you’re treated to cacophony of amusing parps from the exhausts. It’s not very serious or ‘Porsche’ but it is very entertaining. 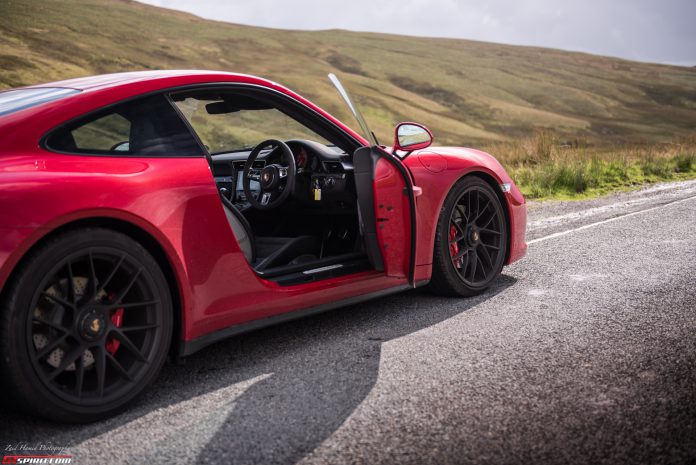 On the topic of entertainment, let’s talk gearboxes. I hate to sound like an old man, but having a manual gearbox in a car with such power and ferocious torque is unparalleled bliss. I fully appreciate the argument for PDK, driving a GT3 RS in fury disarms that debate – but in something heavier and with softer characteristics you can take the time to think about changing gear and rev matching a clutch and engine. In Sport and Sport+ there is automatic rev matching which is actual wizardry, you can be an untalented oaf with no rhythm or skill and the 911 will nail all of the downshifts leaving you feeling like a hero. Then jump back onto the power and smile a huge smile, again.

The tight and twisty back roads lead to one of the most iconic roads in the Welsh hills and one that helped inspire this trip – The Evo Triangle. Famed for the ribbon of tarmac draped over view fit for a Lord Of The Rings sequel, the Evo Triangle set itself sky high expectations to live up to – it delivered. If the huge undulations and tree lined roads were not breathtaking enough, a short detour unveiled a hidden gem, a lake populated by a single fly fisherman. Against the dark waters of the lake and the grey skies above, the Carmine Red paint of the GTS looked fabulous. There was little time to admire the iconic shape and sensual rear haunches of the 911, the best was yet to come.

The 4am wake up was taking it’s toll and the GTS was craving a drink. A small village, Betws-Y-Coed, provided much needed nourishment in preparation for the roads furthest away from civilization in the far north western corner of Wales. The road up through Capel Curig onto Gwalia Garage is one of the most picturesque and has great visibility with a welcoming smooth surface. Traffic is light, Sport is engaged and rowing through the gears culminates in this being one of the moments that makes the early starts and long motorway drive worth it. It’s a stretch of road with a delectable mix of mid and low speed corners that allow the car’s dynamic facets shine. The chassis and balance start to demonstrate typical 911 traits with the engine way out back, there is a hint of under steer that is trustworthy and easy to dial out with the throttle.

It is glorious. The engine howls, yes, it’s not a symphony but it is absorbing and fills the cabin. The stone walls mean stray sheep are not a problem, you can focus on the road ahead and nailing the next gearchange as you chase the redline and are intoxicated by the shriek of the engine before hitting the brakes and shifting down, the revs rise to meet the speed of the clutch with a satisfying ferocity as you grab the alcantara wrapped gearknob and shift off the clutch and harder onto the brakes. You quickly get into a groove and subconsciously execute shifts at lighting speeds with ever increasing sense of achievement, there is a palpable connection with the car.

The smoother you get the more settled and confident the GTS feels, it is like nothing else. It is little freeze frames like this, with views of the heavy grey clouds being torn by the brutal, sharp peaks that make you forget about that meeting you need to reschedule, the tax return due in a week and the girl that never called you back. Roads like those in the far north west of Wales are made for sojourns like this and the 911 GTS is the ultimate companion.

The ability this car has to be a daily driver with a light clutch and ample visibility is a significant factor. Add the engagement it allows for when being pushed with the amusing noises and sharp looks and the 911 991.2 GTS presents itself as an all encompassing sports car that is there for every occasion – it is what the 911 has always been – the ideal sport car. 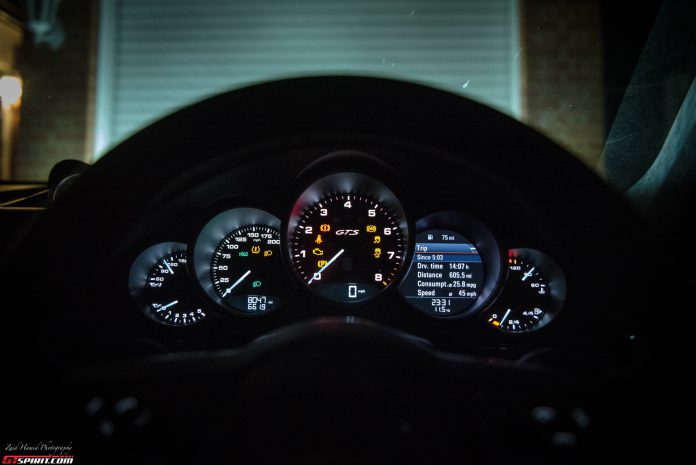