Ferrari also appointed their California T to be dressed appropriately for their upcoming 70th anniversary party. On display at the 2016 Paris Motor Show is the Ferrari California T ‘The Steve McQueen’, inspired by the 1963 Ferrari 250 GT Berlinetta Lusso.

If you’re unfamiliar with Ferrari’s 70th anniversary limited-edition liveries – which we could understand – here is a quick breakdown of the Italian brand’s anniversary editions. A specific ‘celebratory’ logo was unveiled at the 2016 Paris Motor Show ‘inspired by styling cues of the Prancing Horse cars and the marque’s passion for detail.’ This logo will be used exclusively on a small number of iconic cars.

The first of those iconic cars to wear the exclusive logo is the highly limited open-top LaFerrari Aperta hypercar, also unveiled at this year’s Paris Motor Show. Then here is where it gets interesting: the Italian supercar brand has furthermore designed 70 different individual liveries paying tribute to the marque’s rich history. The 70 different liveries will be used to create a maximum of 350 unique cars, so therefore each unique livery will be specced only once on each of the five supercars in Ferrari’s current line up.

Back to the car at hand, the California T with the Steve McQueen livery on display in Paris. It is based on the elegant 250 GT Berlinetta Lusso, which the American actor received as a gift from his wife, Neile Adams. It features brown body paintwork and a matching camel leather interior on the inside. 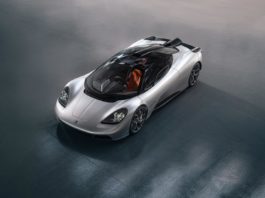 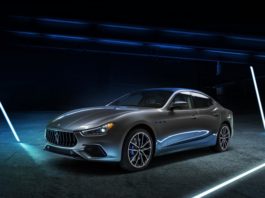 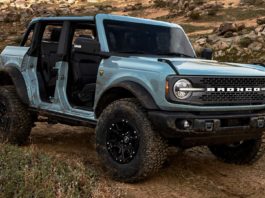