Ahead of SEMA 2015 kicking off in early November, Ringbrothers has previewed its very special all-carbon fibre Ford Mustang it will be debuting at the show.

Ringbrothers has been responsible for producing some very special muscle cars in recent times and its new Mustang, dubbed the ‘Espionage’, is shaping up to be amongst its finest. Details about the car are limited at this stage but it has been confirmed that it will feature a 416 cubic inch V8 engine from Wegner Motorsports with a large Whipple supercharger resulting in a total of 959 hp.

Elsewhere, the Ringbrothers Mustang Espionage will be installed with a Flowmaster exhaust and as mentioned, all the body panels will be made from carbon fibre. The carbon won’t be left exposed however and instead painted in a shade of ‘Spy Green’ with some subtle cream and orange accents.

Thanks to the near Bugatti Veyron equalling horsepower figure and the inevitably light overall weight, the Espionage will be exceptionally fast. 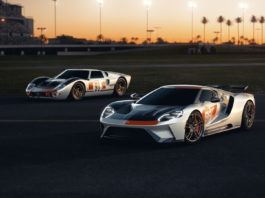 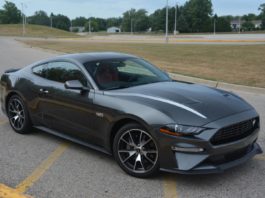