The other conversion is based on the 640d trim which features 313hp in stock trim. The Hartge package ups that power to 362hp at 4400rpm and 730Nm of torque at 1800rpm. The suspension also receives a series of modifications.

The last part of the design is the wheels which Hartge say can be equipped with either Continental or Pirelli tires. The current wheels offered for the 6-Series Gran Coupe include the Hartge Ultima Silver and smokey Silver wheelset and the Hartge Classic 2. All wheels come with Hartge centre caps. 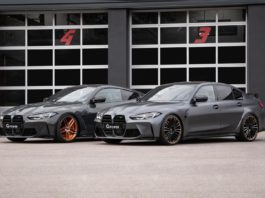