It seems that both cars belong to the same owner as they feature Swiss number plates and KAQ on the headrest. The first is a carbon blue coloured Veyron Super Sport with a blue interior, the second is a one of five World Record Edition finished in matte black with contrasting orange details. Inside it has KAQ badging stating its ‘1 of 1 KAQ’ designation. The stitching is orange while the interior is black!

We’re guessing that a Bugatti Veyron Grand Sport Vitesse will soon be joining this collection! Head over to TheCaraf’s Facebook page for more similar content! 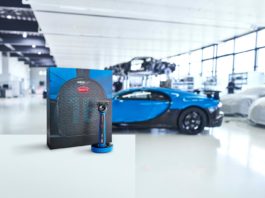