The Jaguar XKR-S is the most powerful production sports car the British manufacturer has ever built. Thanks to its 5.0 liter V8 producing 550hp the XFR-S is able to sprint from standstill to 100km/h in just 4.2 seconds and to reach a top speed of 300km/h. But now Jaguar is considering taking this car to new heights.

In an interview with Car & Driver, Jaguar’s global head of communications Frank Klaas said the British company is considering a special and more hardcore variant of the XKR-S coupe. This car will be built by Jaguar’s in-house engineering team, Engineered to Order. This department is also responsible for designing and developing personalised vehicles.

This special edition Jaguar XKR-S would compete with cars like the Porsche RS-, Lamborghini Superleggera- and Ferrari Scuderia-models. The special edition will loose the rear seats and feature modifications such as a fire-suppression system, racing seats, a roll cage and aerodynamic enhancements.

Although not much information about the proposed lightweight special-edition model of the XKR-S has been unveiled, Car & Driver suggest the car could be named after the Nürburgring. The XKR-S has been developed at the Jaguar Test and Engineering Centre at the famous German circuit.

According to Frank Klaas, a faster and lighter convertible version is not being considered at this point (and hasn’t been ruled out either). But a concept version is likely to debut at the at a major international auto show to gauge customer interest. 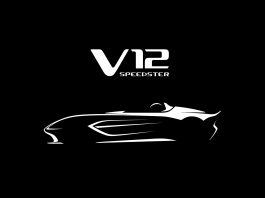